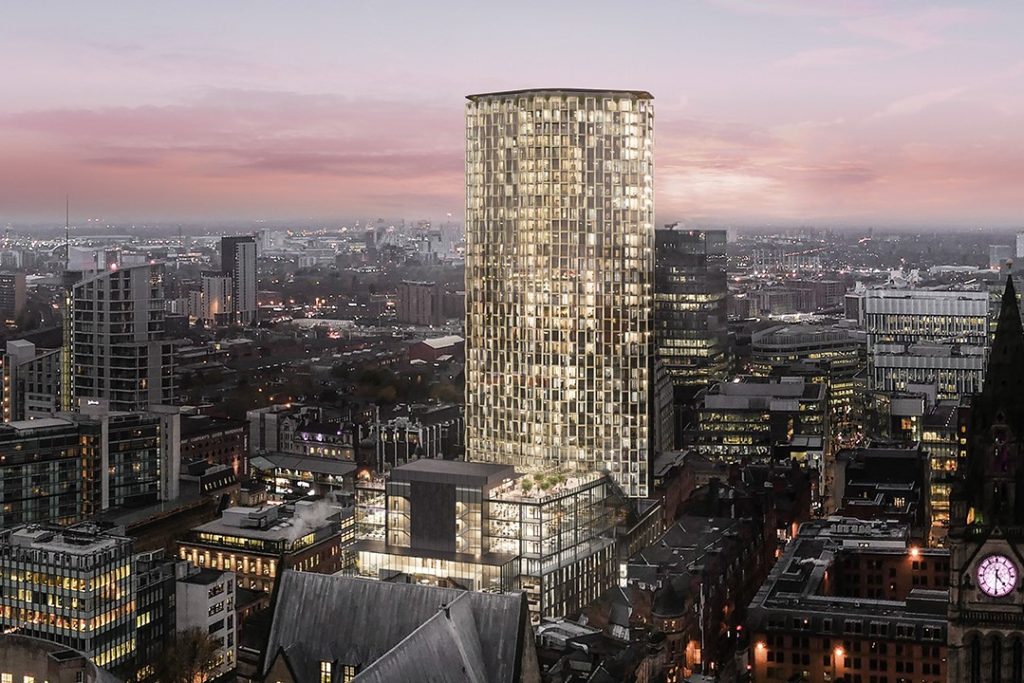 The Salford contractor has been awarded the second phase of the high-profile St Michael’s scheme in the centre of the North West city.

It comes as Neville’s Relentless development vehicle revealed a joint venture with Domis’ parent company, Salboy Group, to unlock this section of the project.

The tower, designed by architects Hodder+Partners, will feature a 191-bed five-star hotel, as well as 181 serviced homes, and various leisure and amenity spaces.

Work is expected to begin on site in January 2023, 12 months after Bowmer & Kirkland got under way on the first phase of the project.

Phase one, which is being delivered by a partnership of Relentless and investors KKR, includes a nine-storey office block with rooftop restaurant and a new public realm.

Phase two will see the delivery of Hodder’s controversial high-rise tower, which was reworked after former architects Make left the project.

The overall scheme was approved by councillors in 2018, and is currently expected to be completed in 2026.

Neville today thanked Salboy and the city council for their support in getting the tower to this stage.

“The Relentless team has been on this project for 15 years, and we’ve never diluted our ambition on what has been an incredibly long journey to build this complex and challenging project,” said the former Manchester United full-back.

“Our aim with St Michael’s has always been to create a world-class destination in our city that celebrates our local passion, spirit and hospitality, which delivers to a five-star international standard.”

Salboy managing director Simon Ismail said the developer was “excited” to be involved with the “hugely ambitious” project.

“St Michael’s is already raising expectations for what Manchester has to offer,” he added. “Now it’s time for Salboy, Domis and Relentless to work together to make this development a reality, and deliver a destination at the sort of international standard that all of Manchester can be proud of.”