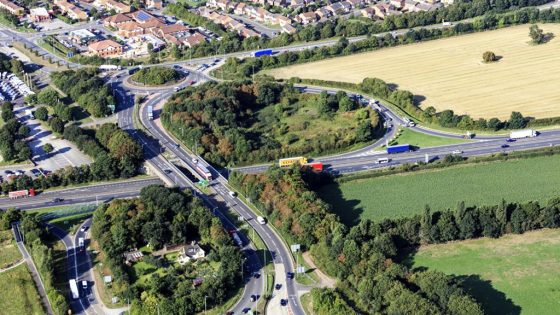 Skanska has won a design-and-build job to upgrade a section of the A46 motorway in the Midlands, subject to government consent.

The contractor will deliver a new dual carriageway at Newark, on a 6.6km stretch of motorway running between the Farndon and Winthorpe junctions. The contract is worth £345m.

Skanska’s role at the site includes building a new roundabout at Winthorpe, a new bridge over the A1 and a flyover junction at Cattle Market. Once built, the extended motorway will reduce congestion on the outskirts of nearby Newark, according to client National Highways.

Initial consultations on the project took place earlier this year, but will continue into October, before a planning application is sent next year.

A development consent application will be sent to the Planning Inspectorate, who will then make a recommendation to transport secretary Grant Shapps, who will make the final decision.

Skanska, which is working on the job with design partner Mott McDonald, will start designing the upgrade this year. Construction work is set to begin in 2025, subject to planning approval.

The new dual carriageway would then open in 2028.

Skanska managing director for infrastructure in the UK Jonathan Willcock said the contract award built on the group’s current job with National Highways at junction six of the M42 and the A428, where it is constructing a 10-mile dual carriageway. It scooped that job for £143m in January 2020.

“We’re taking the lead for this project from the preliminary design stage, which will enable us to more closely align design, consultation and buildability,” Willcock said.

“This will help us to identify opportunities to optimise productivity, reduce cost and carbon emissions, and deliver the project safely – while leaving a positive legacy for local people.”