Construction project starts down by a quarter 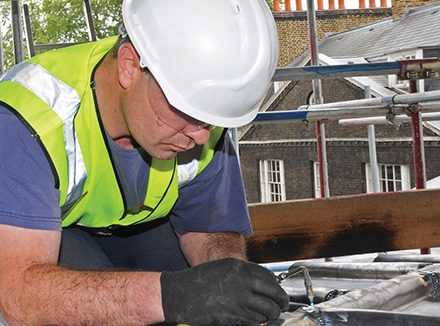 Project starts declined by 24 per cent in the first quarter of 2022, compared with the same time a year ago.

The year-on-year drop has been attributed to the ongoing material and energy cost crisis, as well as the impact of the Ukraine war.

Contract awards were also affected, according to industry intelligence provider Glenigan, dropping by 9 per cent, compared with the first quarter of last year. Major contracts felt the brunt of the impact, falling by 43 per cent.

The Glenigan report says the drop was due to “persistent material shortages and supply-chain disruption”.

“[Those factors were] intensified by the Russia-Ukraine War, which continue to affect the construction sector, stalling the pace of recovery,” the report continues.

However, the report adds that a strong pipeline of planning approvals and main contract awards means there is a “generally positive outlook” for the rest of 2022.

Glenigan, which compiles the contractor league tables published by Construction News each month, collated data for what it calls the “underlying” market, for projects with a construction value of less than £100m. This cut-off omits high-value, major projects that would otherwise skew investment trends.

But work in the industrial and office sectors increased in value.

Demand for warehouses has risen in line with the boom in online shopping. The value of the warehouse sector increased by about 150 per cent in 2022 year on year, reaching a record value. Project starts in that sector were up by 22 per cent on last year, while the value of office projects rose by 1 per cent.

National Federation of Builders head of housing and planning policy Rico Wojtulewicz said rising inflation meant the industry had to become “more strategic” about the projects that were picked up.

“The cost to compete for procurement, how contracts mitigate material price rises and delays, new government policies such as the loss of red diesel and updated building regulations, plus fewer skilled workers all add to the decision-making process when vying for work,” he added.

Glenigan economics director Allan Wilen said: “The shockwaves of geopolitical ructions in Eastern Europe continue to affect the UK construction industry, but maintaining a sanguine attitude and approach is crucial.”

He said the sector was by no means the only victim of the conflict and “a little wider perspective will go a long way”.

“Whilst the across-the-board performance is not in the position the sector would universally like it to be, a modest dip in awards and consents indicates the appetite to build is there, and we can expect a surge in activity when supply-chain pressures ease.”

The concerns over the war in Ukraine mirrors a warning from Construction Alliance North East (CAN) last month that the effects of the war, combined with steel price hikes and national insurance increases, had “greatly impact[ed]” SMEs in particular.