Construction of 100,000 homes paused due to environmental concerns 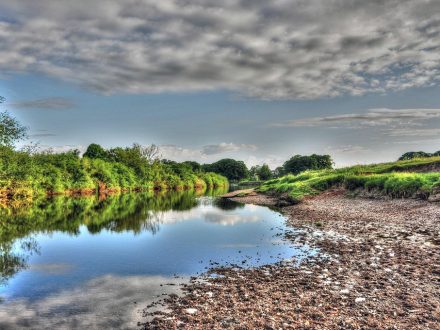 The delivery of 100,000 homes across the country is being put on hold in light of new advice to local authorities to avoid the environmental impact of certain nutrients being released by new housing projects.

The advice was sent last month by Nature England, an independent body sponsored by the Department for Environment, Food & Rural Affairs, which is responsible for the protection of the natural environment. It was sent by letter to 42 local planning authorities, in addition to 32 that had already received the same. It affects the catchment area for housing projects across these 74 authorities.

The Home Builders Federation (HBF), a trade body representing 80 per cent of the housing construction in the country, surveyed its members to discover how many were affected by the latest update. It concluded “with a reasonable degree of confidence” that the figure reached 100,000 homes.

Natural England alerted councils to the “serious nutrients issue”, which is the release of elevated levels of nitrogen and phosphorous in rivers and estuaries, which eventually leads to a loss of biodiversity. In the built environment, these nutrients can be released through wastewater that has not been treated properly.

The authority offered the net neutrality test for development projects as a solution, which helps developers to follow a mitigation plan and ensure there is “no net increase” in nutrient loading on sites that are already seeing high nutrient levels.

The implication is that local authorities can only approve homes if they are confident that the proposed development will not have a negative effect on protected wetland areas. Housebuilders fear this process is clogging an already slow system.

Further, the HBF claimed nutrients from the urban environment contributed to roughly 4 per cent of the problem, while new housebuilding made up an even smaller proportion.

The trade body has called on the government to provide a more uniform set of standards and compliance methods, since the process of creating new environmental assets to achieve neutrality is a very slow process for areas that are struggling.

HBF director for cities James Stevens said: “Avoiding harm to water habitats caused by nutrients is important, and the housebuilding industry is prepared to play its part in a way that is fair and reasonable. However, we face an acute housing shortage, and the social and economic implications of delaying tens of thousands of homes are stark. We are urging government to agree proportionate measures that reflect the contribution of housing delivery to the issue without delay. The situation has already been ongoing for some years, and it is imperative that solutions are agreed and implemented urgently.”

Natural England sustainable development programme director Melanie Hughes said the agency recognised that it wasn’t easy to adopt net neutrality in many cases and pledged support to all stakeholders.

While the initial set of targets affected local authorities in the south, this latest advice affects levelling-up areas in the north, such as the Teesmouth and Cleveland Coast, the Broads and Wensum in Norfolk, and the River Eden catchment area, particularly Carlisle.