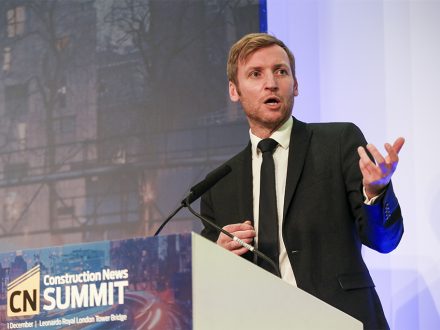 Construction minister Lee Rowley has resigned and called for Boris Johnson to “step aside” as prime minister.

Rowley, who took up the role just nine months ago, cited the government’s handling of sexual misconduct allegations against former deputy chief whip Chris Pincher as the reason for his departure.

A spokesperson for Johnson claims he “forgot” about the allegations.

The construction minister, who is MP for North East Derbyshire, signed a joint resignation letter with four other MPs, including minister for levelling up Neil O’Brien.

In the statement, the ministers recognised that while Johnson had got certain decisions right, the government could not “function” given the allegations and how they had been handled.

Their letter follows a string of resignations over the last two days, including that of housing minister Stuart Andrew. The minister started the role just 148 days ago, but said he was left with “no other choice” than to resign, having considered his own personal integrity.

Chancellor Rishi Sunak, and health and social care secretary Sajid Javid were the first in a number of high-profile names to quit as pressure mounts on Johnson.

Laura Trott has resigned as parliamentary private secretary at the Department for Transport (DfT), while Victoria Atkins stepped down as prisons minister. More than 30 Conservative ministers have quit so far.

The office of construction minister has a history of rapid reshuffles. Rowley’s predecessor, Anne-Marie Trevelyan, held the post for eight months, while Kwasi Kwarteng served for just one month. Rowley was the twentieth minister to hold the office in the last 21 years.

Both 10 Downing Street and the Department for Business, Energy & Industrial Strategy were asked for comment.