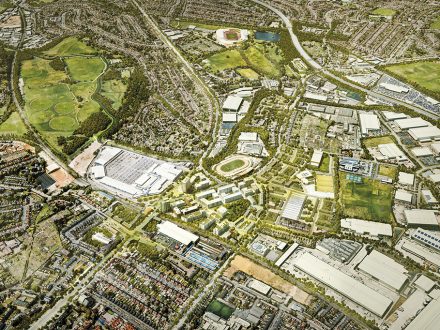 Construction in the run-up to the Commonwealth Games was mostly safe and compliant with safety law, despite its tight deadlines, an inspector has said.

Earlier this year, the Health and Safety Executive (HSE) ramped up its operations in Birmingham, after the number of construction sites in the city almost doubled in 2021.

HSE inspector Sarah Hill was one of the inspectors leading work in March and saw proactive inspections take place at about 30 sites in a short space of time as part of its campaign in the city.

“The majority of the work we looked at across that campaign was generally of a good level, with good compliance. [There was] some improvement work [needed] with working at height, and welfare and dust control, which we generally find across all sites we tend to go on.

“Most of the sites were compliant and there was very little formal action taken.”

She said this was despite many sites being subject to strict deadlines: “There was a lot of time pressure, perhaps to get things completed before the Commonwealth Games, so we kind of went to increase our profile and our presence just to let companies know we were out there, and [to] make sure they were complying with the regs.”

As previously highlighted by Construction News, Birmingham is the subject of a £750m regeneration scheme that will include the construction of 5,000 new homes and a new station in Perry Barr by 2040.

Hill added that the regulator would continue to inspect sites once the Games had concluded. “There will be a lot of work going on afterwards, as much as there was before, and it will become part and parcel of our normal regime of work.

“There’s that much construction work going on across the region [that] we’re never going to run out of visits to do proactively.”

CN has previously investigated the decreased activity carried out by HSE inspectors as the watchdog had its budget and number of inspectors cut by a third.