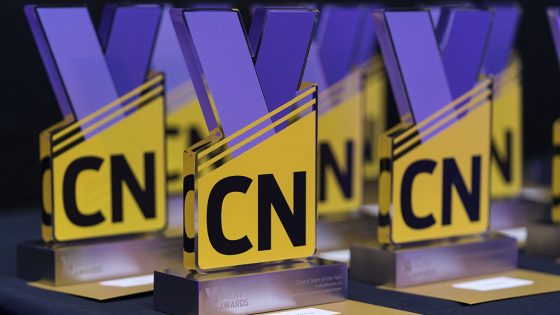 The winners of the Construction News Workforce Awards have been revealed at a sparkling ceremony in central London.

The event, formerly known as the CN Talent Awards, celebrated the outstanding achievements of those striving to make the construction industry and their organisations great places to work. Categories showcased both individual and organisation-wide initiatives to improve employment practices.

The night brought together the brightest workforce talent and recognised those making a difference in recruitment, workforce development, wellbeing, diversity, inclusion and more.

Winners were recognised across 18 categories at the event, with the chosen companies having had to impress a group of more than 30 judges from across the industry.

More than 400 people attended the ceremony at the Grosvenor House Hotel on Park Lane, which was hosted by CN editor Colin Marrs.

Big winners on the night included Galldris Group which scooped two prizes, for the best apprentice and best mentor of the year. Meanwhile, Vinci Construction was recognised for its apprenticeship development on its own terms, and for its work as part of two joint ventures.

Kane Group and Farrans were hailed as the best places to work, in the subcontractors and contractors categories respectively.