Can you rebuild a failing construction business? 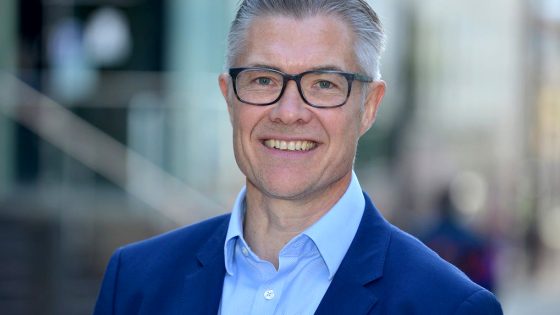 Phil Deyes is an IP and property specialist at Leonard Curtis

Construction is a major sector within the British economy and a good barometer for the country’s trading outlook.

Construction is back in the spotlight as the government releases its insolvency statistics for England and Wales. The construction industry experienced the highest number of insolvencies in the second quarter of 2022 at 19% (almost one in five of all insolvencies) or 3,665 failures – the vast majority of which were liquidations and closedowns.

It also saw a doubling of the number of insolvencies compared with the previous 12 months at a time when the sector is seeing a slowdown in its order book.

Why is it difficult to restructure a construction business?

A mid-sized main contractor business tends to have available assets to meet trading requirements in the form of cash, work in progress and debtors. Debtors could be unpaid invoice applications for payment, retentions, final accounts or disputed items. WIP is essentially work done, yet to be invoiced and can be uncertified.

This snapshot of a construction company’s balance sheet can be deceiving in the event of an insolvency given the precarious nature of the make-up of WIP and debtors, where ongoing contracts are terminated or become incapable of completion because of an insolvency.

Construction contracts are complex. On the one hand their conformity to industry standards provides a high degree of familiarity among all stakeholders. With a standardised suite of documents each party knows when and how much to pay or be paid and what procedure needs to be followed in the event of a dispute.

Conversely, this somewhat prescriptive, legally formulated framework makes adaptation difficult, especially in a time of financial crisis, and especially where an insolvency is looming of one of the principal parties to the contract.

There are also an extensive and diverse group of stakeholders in any construction project. In addition to the specified parties within the contract, there are third party stakeholders in the form of funders and warranty providers as well as trade protection insurers, employees and the ultimate occupiers of the scheme under construction. Each of these parties may have competing interests and funding arrangements in the event of an insolvency.

Fallout can be significant

Without exception, every contract in play (with lenders, subcontractors, bond holders, warranty providers, holders of design and intellectual property rights and credit insurers) enters automatic default in the event of insolvency. An insolvency event cannot prohibit the termination of such contracts.

Furthermore, on insolvency the contractor will become liable to pay liquidated ascertained damages (LADs) when delays occur and/or contracts are terminated. These claims can in fact dwarf the claims of the creditors of the contractor immediately before the insolvency and compound the difficulties of a restructure.

These new claims arising rank equally with the prior creditors. The insolvency itself therefore crystallises several additional claims that can place a turnaround out of the reach of many contractors.

The impact of an insolvency on stakeholders

An insolvent and failing construction business requires all stakeholders to shoulder some of the cost of restructure and accept a degree of loss, irrespective of whether there is a contractual obligation to do so or not. This is on the basis that the overall exposure would be considerably less with a collaborative settlement than the costs exposure in a formal insolvency. This does not mean to say that within the mix of stakeholders some may have to give up more than others.

It is the unevenness of the sharing of the loss and the fact that, in some instances, an insolvency event can improve the position of one class of stakeholder and worsen that of another which makes collaboration sometimes impossible.

Can anything be done before an insolvency event occurs?

Taking early insolvency and legal advice early does help. This can facilitate a conversation with the key working capital providers to negotiate additional headroom in existing facilities. This can remedy a temporary cash crisis but cannot fundamentally turn a loss-making business into a profitable one.

Many funders and bond holders require quarterly accounts. If they are not strong then a frank and open conversation can help get these vital stakeholders on board. Stakeholders don’t like surprises but the reticence of the struggling main contractor to start up a conversation is usually based on their concern that the situation can quickly be taken out of their hands. That unwillingness to lose an element of control can be paralysing for a successful turnaround.

Attempts to strike settlements on legacy retentions and other contentious accounts can also help get cash in quickly and form part of a liquidity plan. Settling ahead of dispute proceedings (which are costly and time consuming) can be a useful step.

Trying to exit unprofitable contracts and focus on the profitable ones sounds sensible, but the avalanche of LAD claims on the abandoned contracts can quickly become unmanageable. If it becomes a case of leaving behind some contracts to focus on the ones that will ensure the company’s survival, then an insolvent rescue may be the only solution to separate liabilities from remaining assets. Specialist insolvency advice would be required.

The vital element is the balancing of loss versus gains for all stakeholders. If nothing happens, the business will fail, and it then becomes an education piece among all stakeholders to establish the best of the available alternatives. The fact is the status quo is no longer an option and an alternative solution needs to be found if an insolvency is to be avoided.

Opening conversations with employers to try to vary the contract is sometimes the only solution but can be hampered by the employer’s own funding arrangements or fear that the employer will halt expected payments until matters are resolved, accelerating the already precarious cashflow position of the contractor. This also means dialogue with subcontractors to move the financial goalposts from the original contract, possibly extending credit terms, which may not be possible if the credit insurers subcontractors rely upon decide to pull cover.

To summarise, a financial restructure is complex, but not impossible if advice is sought early and dialogue commences with all stakeholders. With its complex, contract-heavy, multi-stakeholder operational framework the sector faces more challenges than most, but it can be navigated.

The key is to identify when a business is in distress and act early to give the greatest range of options, for all stakeholders, around a successful restructure and a trading future, within or outside an insolvency process.