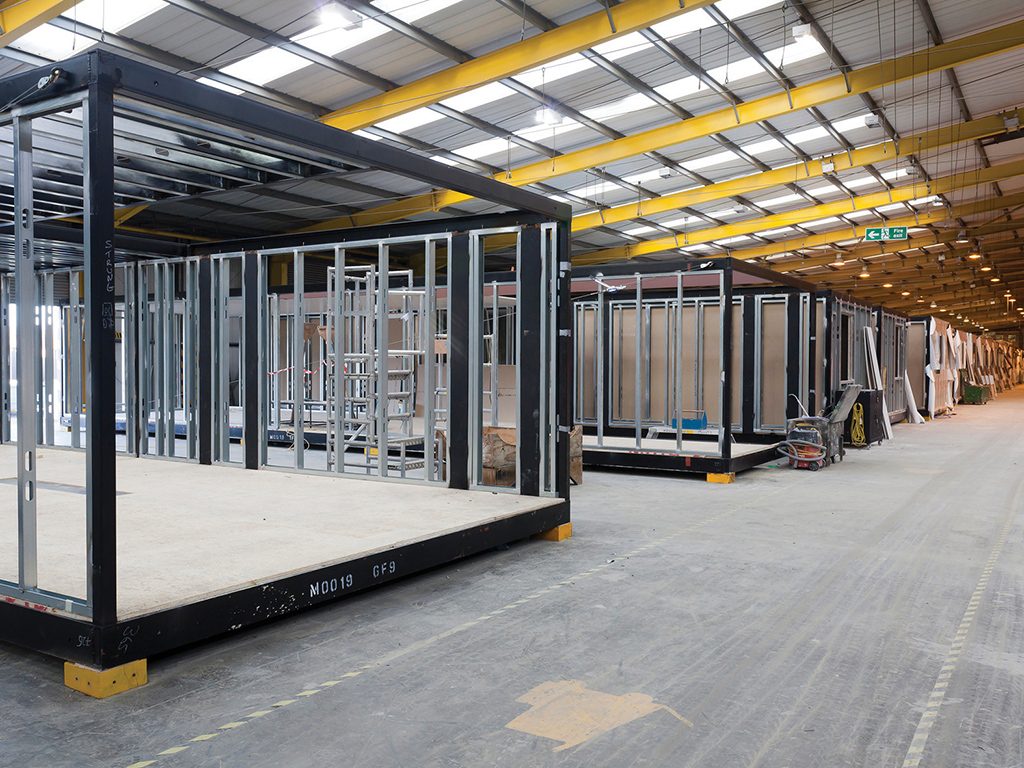 Failed contractor Caledonian Modular made losses of more than £20m in just 18 months, it has emerged.

A document filed with Companies House this week revealed that the offsite construction specialist was £11.2m in the red in the year to 31 March 2021 and made a further deficit of £10.7m in the following six months.

These unofficial figures, provided by managers to administrators at Alvarez & Marsal, give fresh insight into the scale of the Newark-based company’s plight. Its last audited and published accounts showed a £2.8m pre-tax loss in 2019/20 and a deficit of £739,000 in the previous year.

Caledonian Modular entered administration last month, before being purchased by construction solutions firm JRL Group at the start of April.

The administrators’ report said the firm had been affected by material price rises and delays caused by the coronavirus pandemic. It also suffered losses “as a result of quality issues on legacy contracts, which required ongoing remediation”, said the document. “Combined, these factors had a significant adverse impact on both margins and the company’s liquidity position.”

Caledonian said in accounts published in March 2021 that it had received confirmation from its principal shareholder, New York-based MAK Capital, that it would continue to receive financial support for at least another 12 months.

Administrators said MAK was owed £25m by the Newark company by March 2022 and provided a loan of £191,500 to cover the costs of administration.

JRL bought the assets, records and goodwill of the failed firm for £6.25m, as well as forking out more than £400,000 to cover wages during the negotiation period.

MAK and insurance giant Aviva are listed as secured creditors to Caledonian, while employees and the taxman count as preferential creditors who should receive some money, although it is unclear how much.

The report set out the details of £11.2m owed to unsecured trade creditors, with administrators warning there was unlikely to be any cash to pay these invoices.