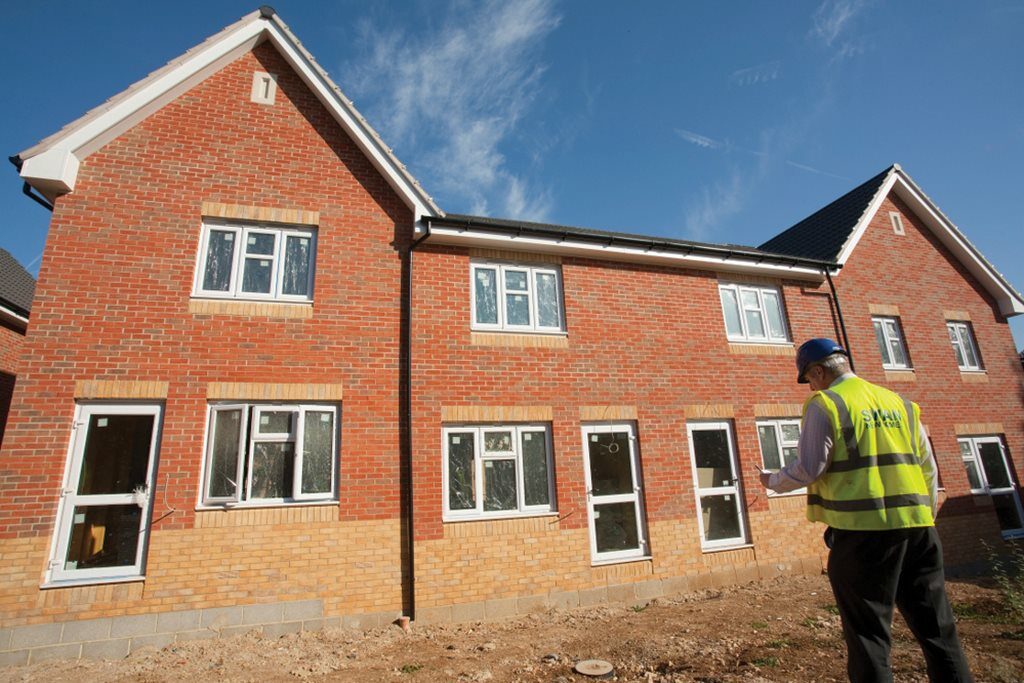 Higgins’s £75m residential project in Hayes boosted it to the peak of September’s league tables.

The contractor scooped the job to demolish and rebuild the Hayes Town Centre Estate, a job which is being spearheaded by the London Borough of Hillingdon. The site will include more than 500 homes and a new community centre once completed.

The regeneration job was one of five snapped up by Higgins in September, taking it to a total of £175m worth of contracts – and a first top spot since Construction News began compiling the league tables in 2011, according to data gathered by construction intelligence provider Glenigan.

The residential contractor and housebuilder also landed a spot on a four-year £1bn housing framework in September, which is being led by housing procurement organisation LHC.

Renaker also smashed the record books taking the silver position, which is its highest position ever. The firm strolled to the second spot off the back of a single, £154m contract, according to data provide Glenigan.

That job, for Affinity Living, covers a residential scheme approved in July in Manchester which will provide 481 homes. The project was previously rejected by councillors, but got the green light after the developer reduced the height by a single storey.

John Sisk also enjoyed a strong month, returning to the top 10 for the first time since October 2021. Its £69m job to realign the A59 in Yorkshire propelled it into the fourth spot. Realigning the A-road will mean that a host of unplanned road closures for safety reasons can be avoided in the future, the contractor said. The contract value itself, though, was forced up by more than £7m due to inflation costs, Sisk admitted last month.

That job is still subject to funding from the Department for Transport and, if approved, it will start next January. Before September, John Sisk had missed out on the top 100 entirely for three months running.

Once again Buckingham added to its pipeline in warehouse jobs, which pushed it back into the top 10, as it did in the February edition of the leagues.

A £77.2m job to develop a Doncaster warehouse took it up to the seventh spot, according to Glenigan, after it had narrowly missed out on the top 10 last month.

Work on the warehouse is expected to begin next year. Demand for warehousing in the UK has skyrocketed since the beginning of the pandemic due to a boom in online shopping, with the value of warehousing construction projects more than doubling in 2021.

Readie Construction also made inroads as it scooped its first spot in the top 10 since June 2021, taking the ninth spot. It was buoyed to that position by a £59.7m job to develop a distribution centre in Newark (Nottinghamshire) for GreenOak and Equation Properties, according to Glenigan.

Kier meanwhile cemented its hold on the top spot in the annual contractors, the first time Morgan Sindall has missed out in consecutive months since November 2020.

Mace sneaked up to fourth in the annual league table, closely followed by Wates in fifth spot. Laing O’Rourke moved to sixth.

Lendlease meanwhile was in at the seventh spot, after appearing in 17th place for the last two months running. The contractor was the only new addition in the top 10.