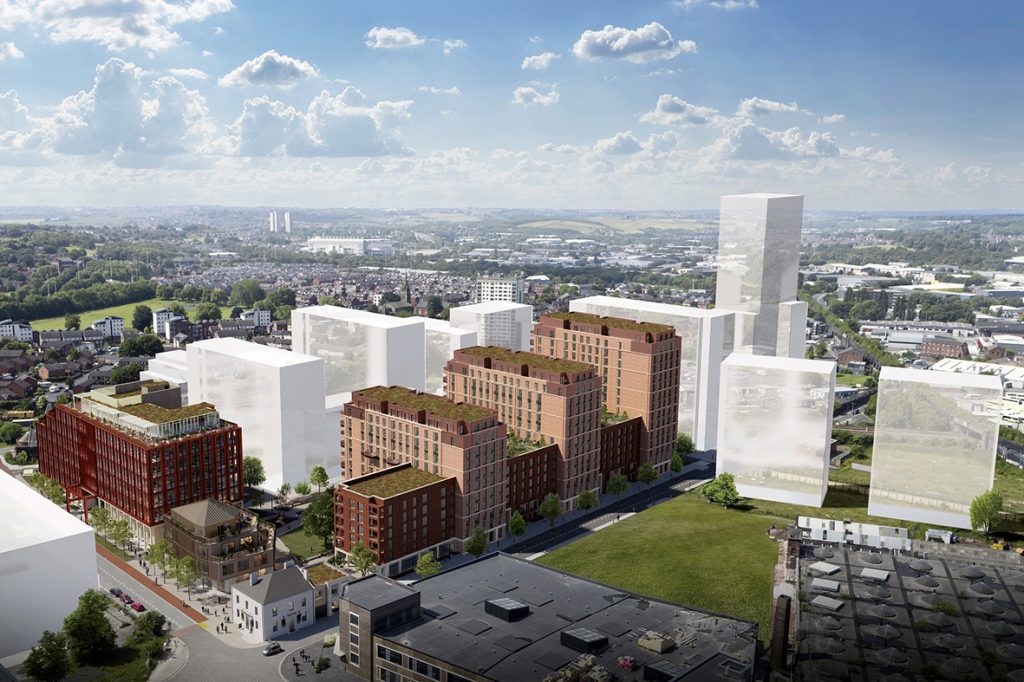 A plan to build 1.3 million square feet of build-to-rent (BTR) homes and commercial space in Leeds has been submitted to the council.

Developer Platform plans to build up to 1,350 BTR apartments and 200,000 square feet of commercial space on a brownfield site in the city, which has been out of use for more than a decade.

The Yorkshire site would also include a gym, residents’ lounges, co-working space and a public square. It is closed to Leeds Central Station, on Sweet Street in Holbeck.

Platform is targeting BREAAM excellent rating for the buildings, via an efficient energy and lighting system, a spokesperson for the developer said.

More than 350 jobs will be supported in the construction phase of the job, while more than 1,000 new jobs will be created once the site has been completed, according to the developer.

They added it was too early to specify a contract value for the site, but that the project represented a £500m investment in the local area.

Former catalogue ordering business Kays Catalogue owned a warehouse on the site, which it sold off in 2009. Holbeck was the centre of Leeds’ industrialisation in the 19th century as a hub for flax mills.

Planning permission for the site was previously granted in 2013 for a mixed-use scheme spread across eight buildings. This has expired.

The developer consulted local residents about the scheme this year, which came to an end in March. If approved, construction is expected to start early next year.

Platform development director Matt Willcock said: “Intrinsic to our design has been positive collaboration with Leeds City Council and stakeholders, including Leeds Civic Trust and the Holbeck Neighbourhood Forum.

“This has helped us to carefully shape our proposals to ensure that the scheme responds to the requirements of the city and enriches existing neighbourhoods, helping to futureproof housing options and aid economic growth.”

Other BTR schemes are already planned for Leeds. In January a joint venture submitted proposals for a £280m hub in the city, including two new BTR blocks with 532 apartments and two office blocks with 215,000 square feet.

That same month McLaren put forward its £85m plan for 375 build-to-rent homes and apartments on the site of a former car park in south Leeds.