Build UK’s new chair: ‘Our industry is getting sexier’ 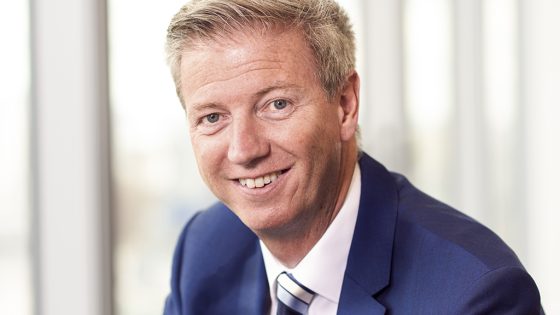 The new chair of Build UK admits to having many faults. Chief among them is a tendency towards impatience. Paul Cossell tells Construction News that his restlessness is motivated by a desire for movement and progress.

“I was drawn to Build UK because it does things. It actually makes things happen,” he says of the representative body that claims to represent two-fifths of the players in UK construction. I’m very pro-change. Change and improvement. So when I was offered the role, I jumped at it.”

Ahead of Build UK’s annual general meeting in late September, Cossell – who was appointed to the chair in January – shares with CN how the impact of COVID-19 and the rise of environmental awareness are finally providing the impetus for the long-called-for industry modernisation that previously seemed unachievable.

Cossell joined Build UK as a board member in September 2020, a few months into the pandemic. At the time, he was chief executive of ISG.

“It was horrendous,” he recalls of the industry upheaval brought about by COVID. “Your brain and your heart were spinning: what was the right thing to do? To have Build UK come up with safe-operating procedures to make sure we kept people safe, but equally [to] keep the economy going… the nation relied on the built environment keeping going. It was hugely powerful.”

The pandemic has widely reshaped attitudes towards systemic change. Build UK, along with fellow trade body the Construction Leadership Council, acted like “a glue” for the traditionally fragmented industry, he recollects.

“That glue can make the sector better,” says Cossell, keen to build on the improvement in collaboration seen during the pandemic. He envisages Build UK as having a key role in coordinating the industry’s move towards modern methods of construction and improved levels of building safety. But is this a sentiment shared by all members of Build UK, which is a body funded by subscriptions?

“We’ve seen a net increase,” says Cossell, commenting on the amount of membership income generated from contractors, trade associations and specialists. This, he claims, indicates that the value of the industry body has grown amid the shared challenges of the pandemic.

However, some seem less convinced. The UK’s biggest contractor, Balfour Beatty, ended its membership of Build UK in July. No formal reason was given at the time, but CN understands that the £7bn-turnover firm did not see the value of membership, given that its growing clout as a business has afforded it significant influence in government circles.

“We can help save the planet. We can really shift the dial”

The scale at which firms such as Balfour Beatty work can provide a challenge to promoting membership, according to Cossell. Build UK’s website names 35 contractor members, but the likes of Morgan Sindall, Amey and M Group Services – which are among the UK’s top 10 biggest contractors – are absent.

Balfour Beatty’s decision could also be viewed as symptomatic of the fragmented nature of the industry, which, Cossell says, is another challenge to retaining members. “The sector is not used to talking as one,” he says.

But Cossell is relaxed about the absence of many big hitters from its line-up. He says it is more important to view Build UK’s membership not as something that is solely geared to tier-ones; instead, Cossell notes that it slices through the various layers of the construction supply chain.

“I think you have to accept you’re not going to get full capacity of all the layers,” he says. “As long as you have representation through the layers, then I think you’re able to have a voice.”

Appealing to the next generation

Cossell joined ISG 25 years ago, following a decade at residential contractor Walter Lilly – a stint that was preceded by three years at stonemason specialist Szerelmey. So he’s well-placed to have tracked the evolution of the built environment over that time. He believes the growing concern among younger generations about green issues provides a big opportunity to attract new talent.

“I think our industry is getting sexier,” he says. “We can help save the planet. With the gigafactories [being built for electric-car batteries] and alternative sources of green energy, and all those things, we can really shift the dial. If we embrace modern methods of construction, we start to become smarter, slicker, and it starts to become even more appealing.”

Key to embracing those shifts is evolving our own attitudes and recognising when to change, admits Cossell, who reflects on his own development as a leader: “I was always frustrated and wanted to change things faster. And everyone around me was saying ‘you’re changing things too fast’.”

Over the years, though, he has come to realise the importance of bringing others on that journey. “It’s [about] people – people’s ability to accept and embrace change,” he insists.

At Build UK, he believes he’s in good company when it comes to driving change, with colleagues who share his vision, such as chief executive Suzannah Nicol and deputy chief Jo Fautley.

“They are even more impatient than I am,” Cossell says.