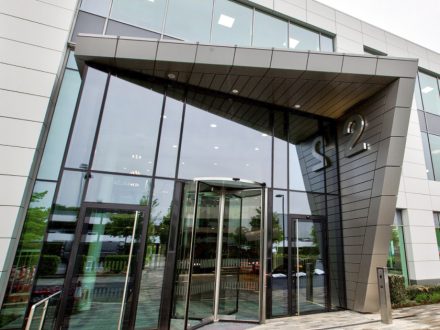 Administrators for collapsed contractor Brymor Construction have warned that suppliers may be left out of pocket to the tune of almost £15m.

Michael Magnay and Mark Firmin from Alvarez & Marsal were appointed as administrators for Brymor Group Limited (BGL) and Brymor Construction Limited (BCL) on 8 July, which was bought out of administration in a pre-packaged deal, saving up to 110 jobs.

A statement of affairs drawn up by Alvarez & Marsal shows the two companies were sold straight out of administration to SHOO996 Ltd and SHOO997 Ltd, two newly-formed entities owned by Hampshire-based private equity firm Portchester Ltd.

The pre-pack administration means that suppliers for the contractor are expected to be left empty handed, however.

Santander Bank UK is set to be repaid the majority of £2.85m of loans, which it is owed as a secured creditor. Preferential creditors such as former employees and HMRC are considered to be owed £2.1m, with unsecured creditors owed a further £14.8m.

Employees are owed one month’s pay after the firm stopped paying wages on June 1, which is calculated at £88,000.

The report states that: “Due to the group’s financial position and uncertainty around mothballing sites following a period of mothballing […] there will be no funds available to distribute to any party other than the lender under its fixed-charge security.”

Four Brymor directors as well as staff are to be transferred to the new Portchester-owned firm SHOO997 and “will be involved in its management going forward”.

The statement of affairs lists the scaffolders, manufacturers and sub-contractors who are owed a total of £3.6m. However, the document also states that a significant amount of money is still to be invoiced to the business in addition to subcontractor payments not yet due for payment.

Lack of new work and delays to contract starts brought on by the pandemic led to a cash squeeze at the construction firm, which initially looked to be bought out of administration and acquired by Portchester Equity. But the deal almost fell through, according to the Brymor administrator’s statement of affairs, after a number of financial irregularities in its historic accounts were found. This led Portchester to initially pull out of the acquisition.

Other interested parties also cooled their interest, after “they became aware that all sites had been closed since 24 June and subcontractors had not been paid, as they deemed it to be difficult to reopen the project sites without incurring significant costs”.

Administrators noted that: “In the early phase of our engagement, we assisted the directors with the provision of financial information to Portchester as part of its ongoing due diligence […] On 14 June, Portchester submitted an initial solvent offer to acquire the group’s shareholding.

“Shortly after, during the ongoing due diligence process, the directors brought to our attention a number of necessary adjustments to historic trading results, which resulted in a materially adverse restatement.

“On being made aware of these adjustments, Portchester withdrew its offer on 21 June 2022.”