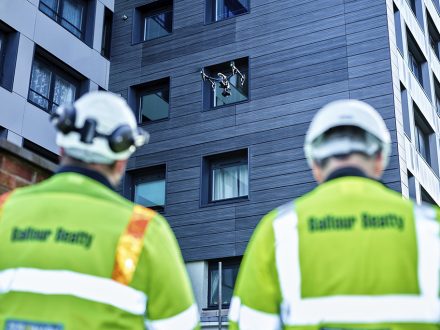 Balfour Beatty’s UK construction division is on track to deliver margins of 2-3 per cent for full-year 2022, with a high cash balance in the first half.

In a trading update for the first four months of the year, the group said its average monthly net cash balance had risen to £800m, which was £131m above the full-year average for 2021.

Through the course of the year, the firm is expecting its average monthly net cash to drop, compared with these early months, because of a share buyback of £150m, which it will complete at the end of the year.

The group, which operates in the UK, Hong Kong and US infrastructure markets, said its order book at the end of March stood at £15.6bn, which was £500m lower than in the preceding three months.

Its support services division, which works in power and road and rail maintenance, is expecting margins of 6-8 per cent.

In 2020, the contractor decided to withdraw from utilities work in the gas and water sectors, and decided not to rebid for this work. As a result, it is expecting these industry-standard margins on a lower revenue base than before.

Balfour Beatty group chief executive Leo Quinn said the tier was looking at a strong year, with a focus on working in favourable markets and a selective order book.

Quinn said: “The strength of our balance sheet and the higher quality of our order book will enable us to maximise these opportunities for profitable growth, while remaining resilient to the current macro-economic challenges.”

For the year ending on 31 December 2021, the group reported a pre-tax profit of £87m on turnover of £8.2bn. Balfour Beatty’s UK construction business reported a loss of £2m on an 18 per cent rise in revenue for the same period. The contractor attributed the losses to a private-sector property project in central London and said it would no longer bid for fixed-price jobs of this nature in the city.