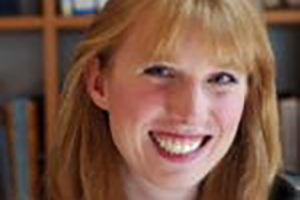 Gilroy (pictured, right) joins the firm after three years at the UK’s second-biggest contractor, in a move that complements a raft of recent substantiality hires at Balfour Beatty.

Balfour Beatty chief executive Leo Quinn said sustainability had “long been at the heart of what we do”.

“We must not rest on our laurels,” he added. “We must continue to invest in and drive forward the sustainable solutions that will enable us to deliver the infrastructure required for a net-zero industry.”

In October, Balfour Beatty secured a sustainability-linked loan worth £375m, which it said was the biggest ever awarded in the construction industry.

The cost of the firm’s borrowing was linked to Balfour’s performance in reducing carbon emissions, generating social value and improving its environmental, social and governance score on the independent Sustainalytics index. Wates and Willmott Dixon are among the construction firms to have signed up to similar sustainability-linked loans.

A consortium led by Balfour Beatty, meanwhile, was selected in December to help work up a design for the UK’s first full-scale carbon-capture energy plant on Teesside.