Balfour and Kier among four named on £1.3bn A66 upgrade 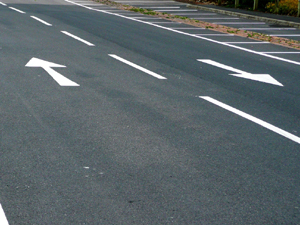 Four big-name contractors have been appointed to a £1.3bn project to upgrade a key section of road in northern England.

Balfour Beatty, Costain, Kier and Keltbray have signed an agreement to deliver the A66 Northern Trans-Pennine project.

The deal will see the firms work together to dual remaining single-carriageway sections of the trunk road.

Key junctions on the 80km stretch of the A66 between the M6 at Penrith and the A1 at Scotch Corner will also be improved under the scheme.

National Highways describes the A66 Northern Trans-Pennine project as “one of the most critical road upgrades in the north of England”.

The Planning Inspectorate this summer accepted the strategic roads body’s Development Consent Order application for the project, after the government last year promised funding towards it.

In 2020 the scheme was designated a pathfinder for Project Speed, a Department for Transport programme designed to deliver schemes faster. Its scheduled construction time was halved and its revised target completion date is set for 2029.

National Highways project director Lee Hillyard said: “We are delighted to welcome Balfour Beatty, Costain, Keltbray and Kier and we look forward to working with them on the biggest generational investment on the north’s road network.

“We have worked with all four contractors previously and know the quality of their work. The signing of the contracts is a huge step in the delivery of such a big scheme and it is an important milestone for the A66 Northern Trans-Pennine project.

“I’d also like to thank Amey Consulting and Arup who played an integral role in designing the plans that were submitted and accepted as part of our DCO application.”