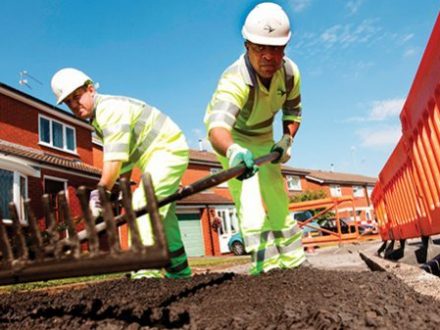 Balfour Beatty is one of four contractors to have secured a spot on a four-year highways framework, worth £1bn.

The UK’s biggest contractor is joined by Galliford Try, John Sisk & Son and Eurovia Infrastructure on the scheme, which covers work in more than 30 local councils in England.

Oxfordshire County Council is co-ordinating the framework on behalf of a highway client alliance. It is the fourth edition of the Medium Schemes Framework (MSF4), and will focus on highway, civil and municipal works.

Specifically, it could include highway maintenance and improvement works, and jobs involving bridges and subways. The appointed contractors may also be asked to work on waste-management facilities.

The scheme will begin in August and run for the next four years, with an option to extend it for a further four years.

John Sisk is the new name on the framework, replacing Morgan Sindall, which was the fourth contractor in the previous edition of the framework. Balfour Beatty, Eurovia and Galliford Try were also in MSF3, worth £500m, which expires next month.

The councils involved, all within the Midlands Highways Alliance Plus (MHA+), are based in counties ranging from Oxfordshire to Cumbria. A full list of the councils within the MHA+ can be found below.

Any council that is a member of the MHA+ can use the framework.

Galliford Try chief executive Bill Hocking said the framework was a “key part of the strategy” for the contractor’s future highways business.

“Throughout the country we have a strong track record of delivering fruitful, collaborative partnerships with local authorities, and we look forward to working with the MHA+ and its client authorities to make a lasting impact on infrastructure around the country,” he added.