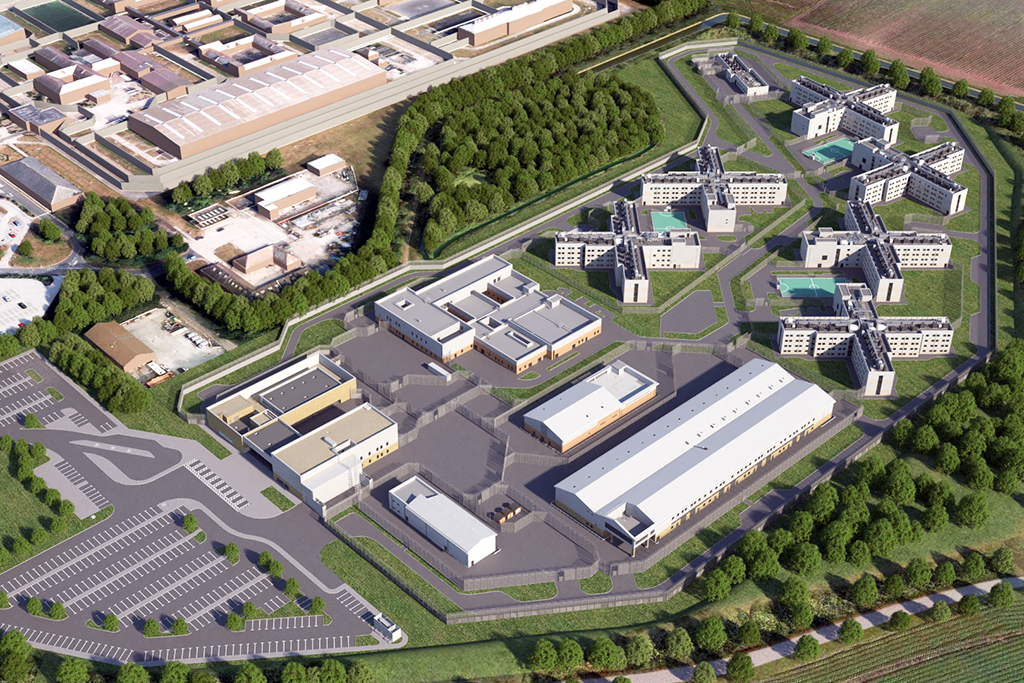 Kier took the top spot in the August league tables, thanks to a job to build a major new prison.

The contract to develop the 1,400-space prison helped push Kier more than £400m ahead of its nearest competitor, according to data gathered by construction intelligence provider Glenigan.

The firm will start work on the £400m facility, based in the Yorkshire village of Full Sutton, this autumn. It is scheduled for completion in 2025, and will be the first new zero-carbon prison to be built in the UK.

Kier shored up its position with a £65m job to redevelop Oxford train station. Its role includes replacing the existing railway bridge across Botley Road with a new structure and building a footbridge, along with a new platform, entrance, ticket office and waiting room. A subway will also be constructed to connect the western entrance to the new platform.

In total, Kier secured 21 jobs in August, to the value of £774.3m – comfortably taking the top spot for the third time this year.

Skanska finished in second place with a single contract worth £345m to upgrade a section of the A46 motorway in Nottinghamshire. Though subject to government consent, the contractor is set to deliver a new dual carriageway at Newark on a 6.6km stretch of motorway running between the Farndon and Winthorpe junctions.

The work will include the construction of a new roundabout at Winthorpe, a new bridge over the A1 and a flyover junction at Cattle Market.

Hitachi Zosen Inova, a Swiss-based contractor specialising in energy-from-waste projects, tabled its best performance since the coronavirus pandemic hit, entering the top five for the first time since February 2020. Its fourth-place showing hinged on a £150m job to develop South Clyde Energy Centre.

Full construction is set to start in the third quarter of this year, while the site is expected to open by the end of 2025.

Galliford Try, meanwhile, scraped back into the top 10, after a four-month absence, largely thanks to a £50m job it landed to redevelop the Manchester Arena, according to the data intelligence provider.

Architect HOK unveiled its plans for the site in June, which will include expanding the stadium’s standing space, developing new lounges and installing VIP seating.

Work on the site, which has a current capacity of 21,000, is expected to begin in the summer.

Multiplex also entered the top 10 with its highest ranking this year. Its only contract, a £120m job to refurbish 76 Upper Ground, an office on London’s South Bank, took it back into the league.

The work will add an extra 11,000 square metres of office space to the building, which sits next to the National Theatre.

Kier came first in both the monthly and annual leagues, supplanting Morgan Sindall as the top contractor in the latter, with £2.94bn worth of work. It is the first time Morgan Sindall has not topped the annual league since April 2021, when Royal Bam took first place.

ISG also moves up the table, from sixth into third. This marks its return to the bronze spot after two months outside the top three.

Mace also jumps three places into fifth, followed by VolkerWessels, which made it into ninth, after finishing tenth in July.

There were no new entries in the annual top 10 in August.