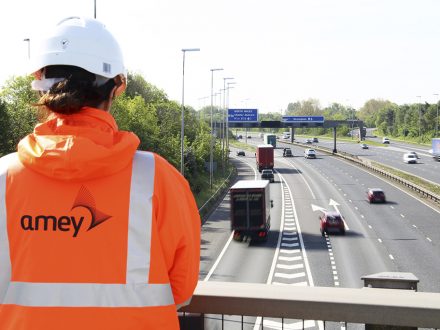 Amey has been named as the government’s top supplier, with Balfour Beatty coming in second.

Revenue estimates by consultant Tussell stated that Amey was paid £1.5bn in the last 12 months, with Balfour Beatty paid £1.4bn.

The data was collated from more than 900 separate official procurement sources, which in turn was aggregated and augmented by Tussell. The figures reflect spending data by public bodies, many of whom are legally required to disclose spending data over a certain threshold.

Amey was one of the outsourcing and facilities management firms included among the strategic suppliers, alongside Engie, Interserve and Mitie.

Kier was considered to have earned £860m and Engie £513m, while Jacobs earned £322m, according to the report. Atkins’ earnings were just shy of Jacobs’ total, standing at £307m.

Six of the government’s top six suppliers earned more than £1bn. Babcock, which has extensive contracts with the Ministry of Defence, earned £1.2bn.

Overseen by the Cabinet Office, strategic suppliers are considered key companies that provide vital services to both central and local government. As such, they are monitored to ensure they are in financial health.

In the aftermath of the collapse of Carillion, the government was scrutinised over how it had let such a key supplier fail and not spotted the warning signs earlier. At the time of its collapse in 2018, Carillion was the UK’s second-largest construction firm and was in charge of multiple government contracts.

The repercussions of the collapse of Carillion are still being felt, with the former contractor’s auditor, KPMG, being fined £14m by financial regulators this week due to its role in forging documents and misleading regulators.

The Official Receiver is also taking legal action against KPMG over the collapse of Carillion, having launched a £1.3bn claim against the firm in February.