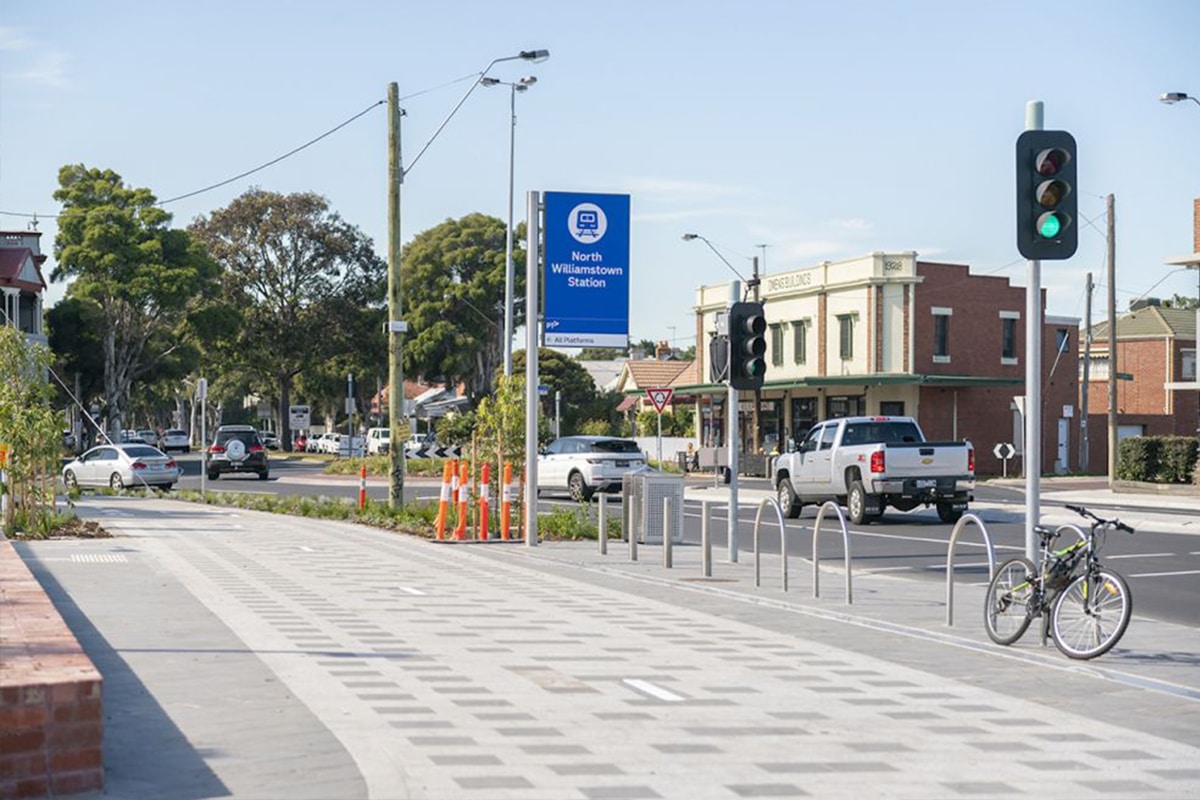 Construction works on the new North Williamstown Station have wrapped up, marking the end of the Ferguson Street Level Crossing Removal Project.

The level crossing at Ferguson Street was removed by lowering the rail line under the road, making way for a new North Williamstown Station.

Around 25,000 vehicles use the intersection daily, along with pedestrians and cyclists.

The new station is modernised with improved facilities, including stairs, ramps and lifts which connect passengers to lowered platforms and allow for all-ability access to trains.

Pedestrians can now access the new station via a new signalised pedestrian crossing, and cyclists can securely park their bikes in a new bike Parkiteer. A four-metre-wide shared use path has also been installed through the precinct, connecting the station with key areas of Williamstown.

During construction, crews dug out around 50,000 tonnes of soil, clay and tough basalt rock from under Ferguson Street and in the rail corridor – enough to fill 20 Olympic-sized swimming pools.

Over 40,000 native plants, trees and shrubs have been planted around the station and surrounding areas, including more than 400 mature trees and over 50 different species of plants.