Webuild set to complete Danube suspension bridge ahead of time 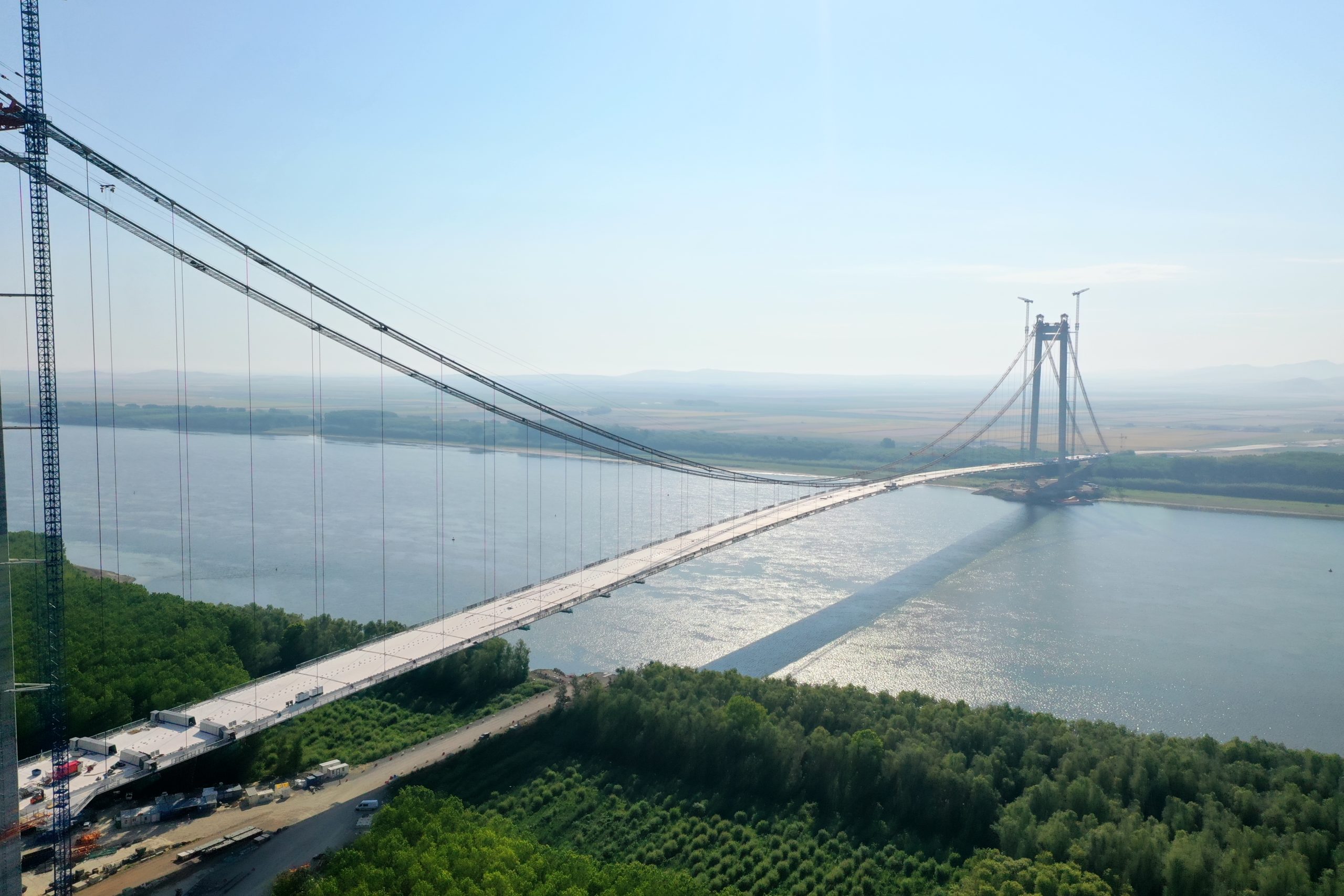 Webuild has announced that it will complete one of Europe’s longest suspension bridge by the end of 2023 – ahead of schedule.

The Braila Bridge over the Danube is being built by the Italian contractor in partnership with Japan’s IHI Infrastructure Systems. It will improve communications in the Galati-Braila region of eastern Romania, reducing crossing times for 7,000 vehicles a day and ending the need to use a ferry.

The company commented that the work has proved to be “as challenging as it has been innovative”. It picked out the operation to raise the bridge’s steel deck, carried out over the summer. It says: “More than 250 workers and technicians were involved in installing 86 sections of the deck, each weighing 260 tonnes.”

Earlier in the year, workers raised and set in place the bridge’s two supporting cables “created by the intertwining of more than 18,000 steel fibres with a combined weight of 6,775 tonnes”.

The project was commissioned by CNAIR, Romania’s national road operator, on behalf of the Ministry of Infrastructure, and is being publicly financed.

When complete, it will be 1,975m long with a 1,120m main deck. It will have four lanes, an emergency lane, and cycling and pedestrian paths. As well as the bridge itself, there will be an access viaduct 90m long on each side, a 220m viaduct over the Braila-Galati railway and 21km of new roads.