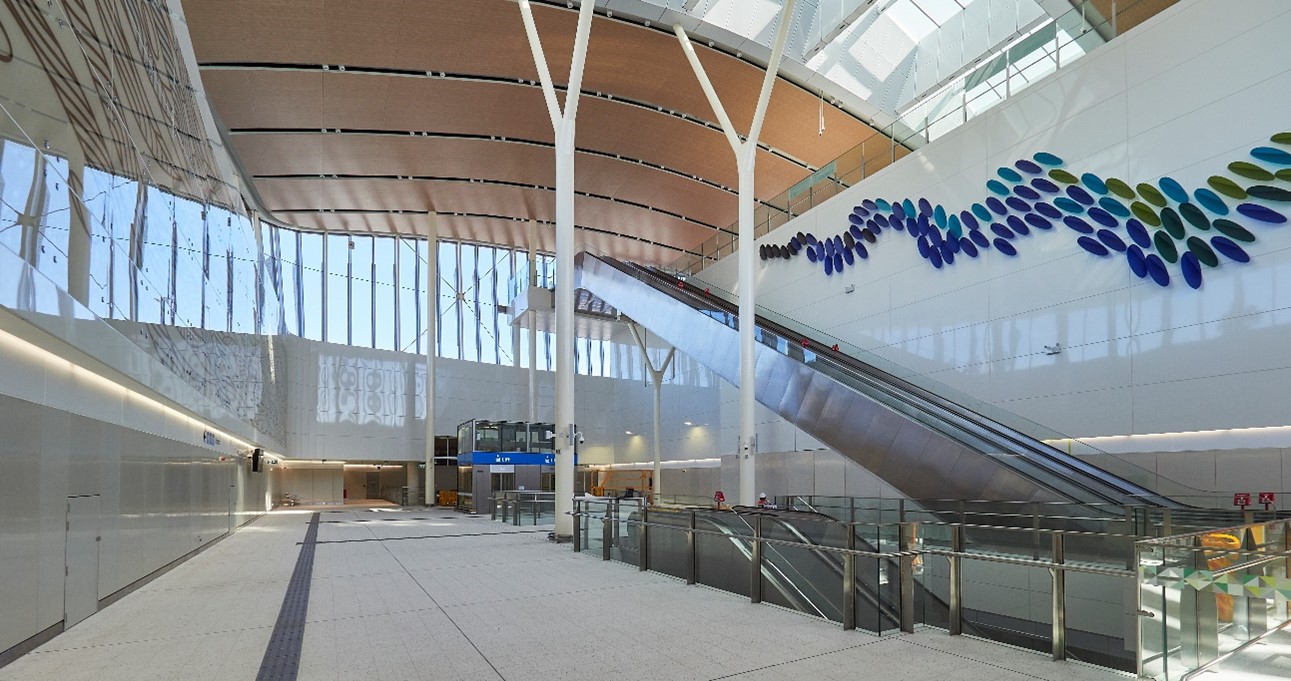 The Airport Line, an 8.5km railway officially known as the Forrestfield–Airport Link, has been completed in Perth by Italian contractor Webuild.

The €1.2bn project connects the city’s eastern suburbs with the central business district via the international airport, thereby halving travel time between the suburbs and the centre.

Webuild worked on the scheme as part of a joint venture with local company NRW, and held an 80% stake in the partnership.

The team built twin-bore tunnels as well as three stations at Redcliffe, Perth Airport Central and High Wycombe. Two tunnel-boring machines were used to carry out the excavations, which ran underneath the airport’s runways and reached their nadir 26m below the Swan River.

The project was commissioned by the Australian Public Transport Authority and jointly funded by the West Australian and Australian federal governments.

Some 20,000 passengers are expected to use the link a day.

Rita Saffioti, Western Australia’s transport minister, said: “This has been one of the biggest and most complex public transport infrastructure projects our state has ever undertaken, and I am incredibly proud to see the new line begin operations.”