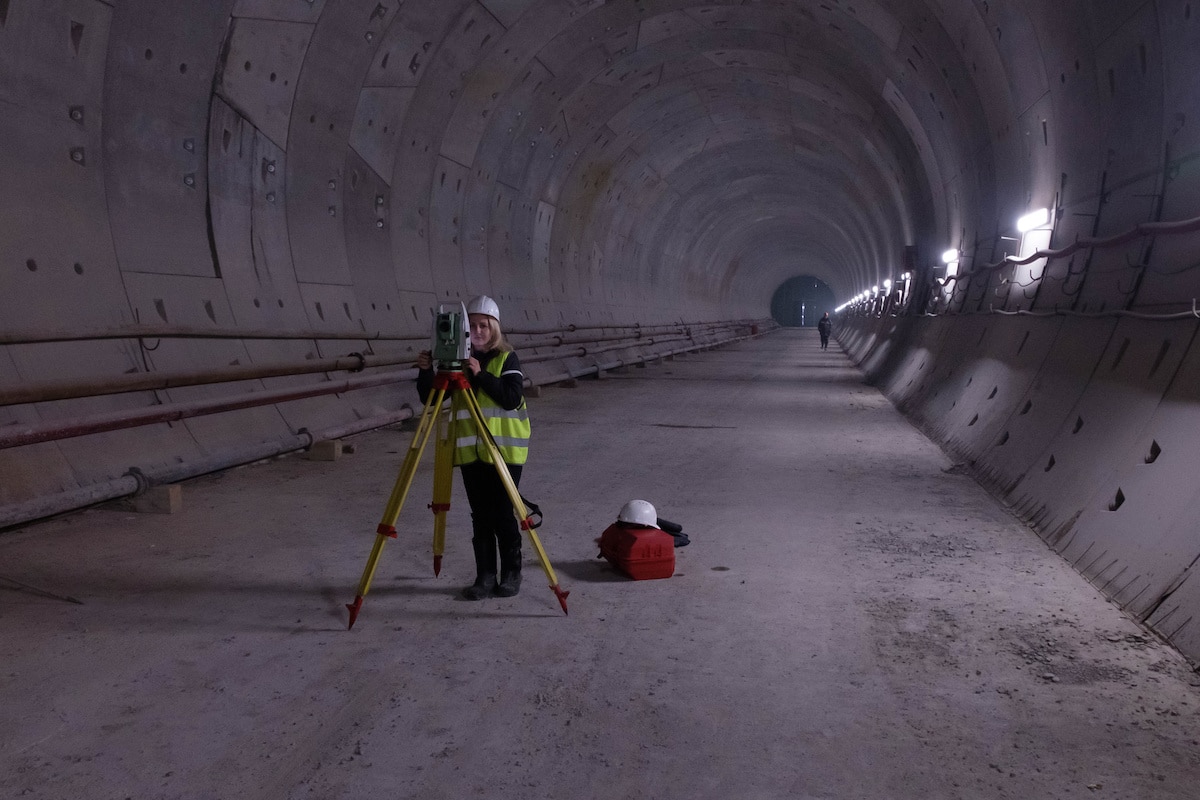 Hidden beneath every major city are networks of underground tunnels. Many of them are used daily by commuters on trains, or light-rail or travelling by road.

The tunnels help to keep vehicles off the condensed city streets and for traffic to flow more freely across urban areas.

This year, the NSW State Government committed to investing $120 billion in infrastructure projects over the next decade, with almost $77 million set aside for transport projects. WestConnex, Australia’s largest infrastructure road project to date, is estimated to cost $16 billion to complete and aims to ease congestion, create thousands of new jobs and connect communities in Sydney.

And Australia isn’t slowing down.

“We need to think differently about how we move people around whilst saving them time on their commute,” says Dr Shen.

“If we look at other hugely populated cities such as Singapore or Tokyo, they have extensive networks of underground tunnels to support their above ground transport system. Why? Because when you have limited space but still need to make the city liveable for its residents, you either must start building bridges or build tunnels below ground.

“No infrastructure project is ever cheap, but the benefit to the community is priceless.”

Not a one size fits all approach

Not all underground tunnels are made the same. The construction process varies depending on what the tunnel will be used for once it’s complete.

Underground tunnels used for transit are usually circular in shape and this can be achieved using a tunnel boring machine (TBM).

Sometimes referred to as the ‘mole’, a TBM is a very large machine used to excavate tunnels. They can bore through a variety of ground conditions including soil, hard rock, and sandstone.

“What makes them great for tunnels used for transit is the shape,” says Dr Shen. “If you think about the size of tunnel needed for a train to pass through, it’s consistent all the way through between station platforms and they’re much smaller than the size of the trucks that use traffic tunnels.”

“While TBMs are expensive to make, they can produce a smooth tunnel wall all the way through whilst reducing the disturbance to the surrounding ground as it bores.

“A specialised TBM was used to excavate twin metro rail tunnels from Barangaroo to Blues Point under Sydney Harbour.”

“A roadheader is a piece of excavation equipment designed to mine hard rock formation. With bulldozer style tracks on the arms, the pineapple like head fitted with metal picks break and excavate the rock material,” he says.

“Tunnels used by buses and cars are wider and taller than transit tunnels, so there is more rock to bore. Engineers could use wider TBMs but these are much more expensive to manufacture and operate.”

Engineers can often face the challenge of trying to connect two areas separated by a large body of water – and sometimes going underwater is the only solution.

Unlike the method of underground tunnels, some underwater tunnels are constructed using the submerged tube method – meaning the tunnel exists in the body of water.

Dr Shen says the construction design process takes into consideration the depth of the tunnel, to make sure it’s not too close to the bottom of the water, and engineers carry out thorough geotechnical investigation works before construction starts.

“Using the submerged tube method, each section of the tunnel is casted off-site before being towed by sea to the desired location,” he says. “Section by section, each concrete tube is lowered into the water. During this stage, it’s important that each element is aligned correctly.”

“Once submerged, the joint between each tube is emptied of water and then sealed tight – this process continues until each end is connected to the opening portals constructed on land.

“The trench is then backfilled with material to provide protection over the top of the tunnel, and the ground on either side is also reinforced.

“An example of this type of tunnel is the Sydney Harbour Tunnel which connects Warringah Freeway at North Sydney, and the Eastern Distributor at South Sydney.”

One of the biggest concerns with underwater tunnels is keeping water from coming into the tunnel. While it may seem like the water may burst in at any moment, rest assured they are very safe, says Dr Shen.

“There are protocols in place so that specialists are conducting routine checks on the tunnel to make sure they’re watertight,” he says.

“Building underground tunnels is one of the most complex engineering systems in the world. There are so many moving parts and things to consider but ultimately, the end goal is to connect communities and make it easier for people to move around quickly, but safely too.”