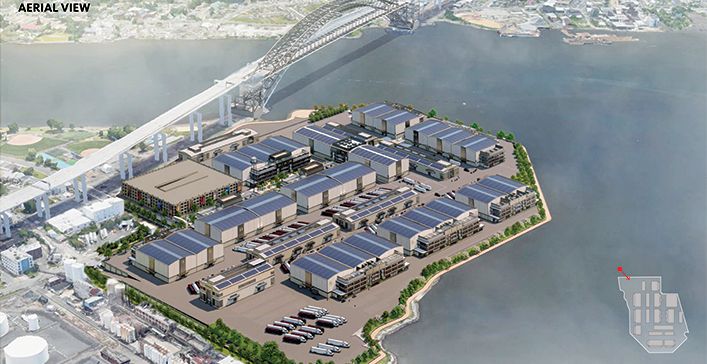 1888 Studios isn’t the only film and television studio under development in the region.

Located on the southwest corner of Bergen Point on a waterfront plot of land that once housed a Texaco oil refinery, Turner said environmental sustainability and resiliency will be built into 1888 Studios. The site’s elevation will be increased to address potential flooding now and in the future, Turner said in its release.

“We are extremely excited to be part of the team that will transform this long underutilized waterfront site in Bayonne,” said Larry Boresen, vice president and general manager at Turner. “In addition to the positive economic benefit of the project for the community, I look forward to viewing the creative work that will be produced in these groundbreaking facilities.”

The studio will employ between 2,000 and 3,000 people on a full-time basis when complete, Turner said.