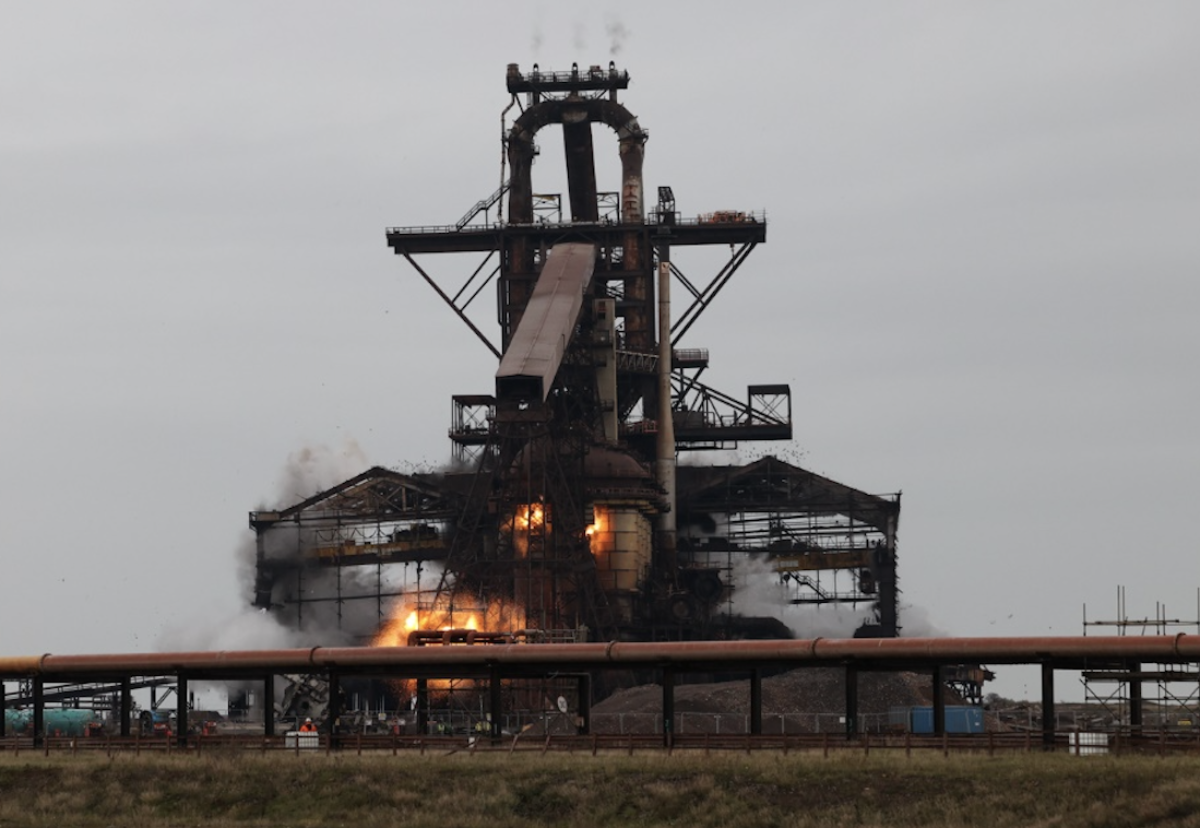 Teams from Thompsons brought down the Casting Houses and the Blast Furnace using 175kg of explosives after weeks of pre-works.

Clean-up operations at the site will now continue into next year. The four stoves which heated the blast furnace will be brought down in a separate demolition in the coming month.

Tees Valley Mayor Ben Houchen said: “Our skyline has changed forever with the demolition of the Redcar Blast Furnace and we can never forget the important role it played in Teesside’s proud industrial history.

“Now, with almost all of the major iron and steelmaking structures down, a new skyline will emerge on the Teesworks site as construction ramps up on new investments like net zero Teesside and SeAH Wind’s offshore wind monopile facility.

“We can never understate how much the steelworks site has defined Teesside’s history and shaped our communities, but I’ve always been clear we need to look to the future to create new jobs on this site that will employ generations of local people, just as the steelworks once did. We will never forget our past – but from it we are building a new future.”

The Redcar Blast Furnace and its associated structures, such as the Sinter Plant and Stock Houses, occupied the area of the Teesworks site which is now earmarked for the BP-led net zero Teesside project.

First contracts for a design and development competition awarded to two engineering consortia.

The scheme aims to be up and running within the next five years and could create 5,500 direct jobs and add £450m to the economy each year.