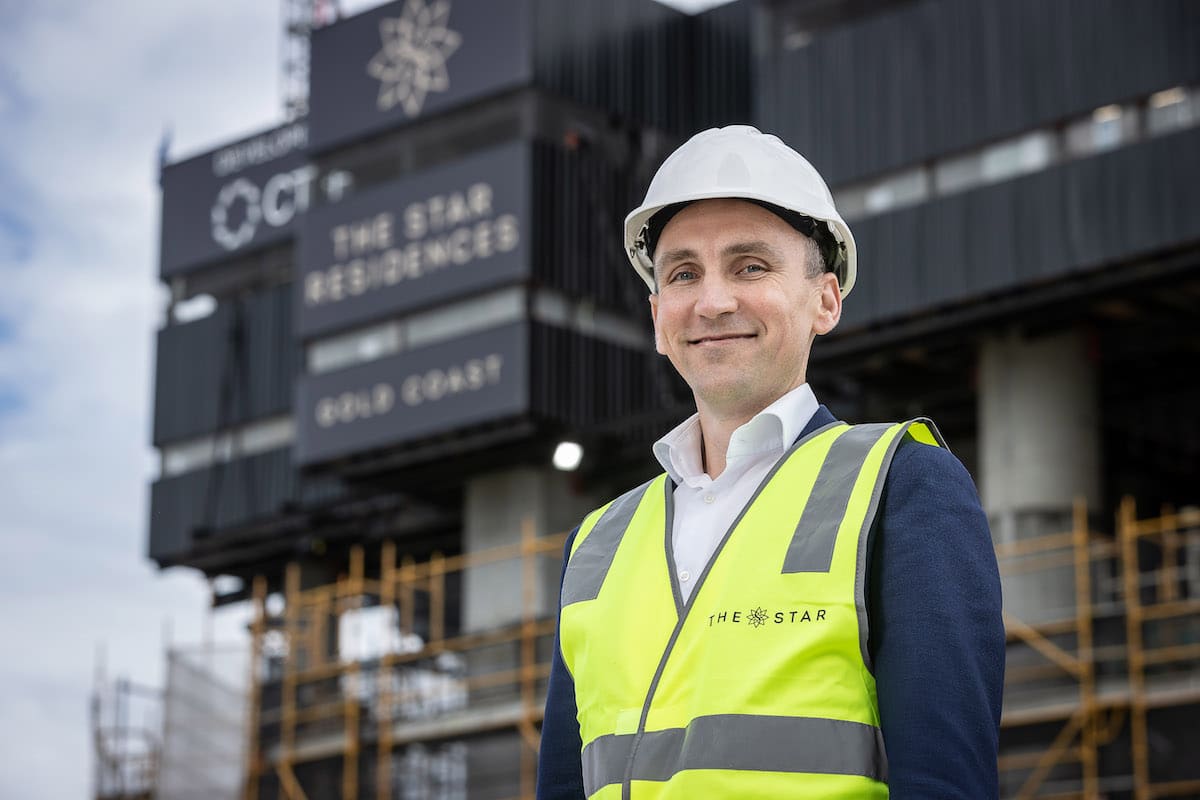 Silas Croucher has been appointed the Destination Gold Coast Consortium’s new Project Director, as work ramps up on the $2 billion project.

The Star Gold Coast is quickly taking shape, as construction of the second $400 million tower reaches level nine of 63 levels.

With a background in retail and commercial development, Mr Croucher joins the consortium from recent positions with Lendlease and Stockland.

“The appeal and attraction to this project is its significance to the Gold Coast,” Mr Croucher said.

“This is one of the largest and most ambitious tourism projects in one of Australia’s biggest tourism markets.

“I’m joining at such an exciting stage of construction with the shell of the resort pool now complete and the ongoing rise of the tower to its ultimate 200 metre top out height.

“The vision of the entire project is creating a huge legacy for the Gold Coast, the consortium partners and The Star. I’m thrilled to be now playing a part of that.”

“I’m delighted to welcome Silas to the project at a time when we’re feeling so optimistic about our revitalised tourism industry and as we renew our commitment to growing our masterplan,” Ms Mellor said.

“The new tower is starting to take vertical shape and all 457 apartments have been sold with almost half of the purchasers being local.

“We’ve completed the 21-metre high, six level podium, which is the foundation for the tower’s luxury recreation deck with pool, pool bar, events lawn and other exciting, new hospitality amenities.

“By the time the new tower opens in 2024, we will have as many hotel rooms as Marina Bay Sands in Singapore.

“It will ensure we can further expand our business focus on events conferencing and hospitality as part of our group-wide renewal program and cement The Star Gold Coast as a world-class tourism and entertainment destination.”

Multiplex is the appointed builder for the second tower, Hachem Architecture designed the hotel interiors, and DBI Design designed the tower building and residential apartments.

The development is well on track to open in 2024.