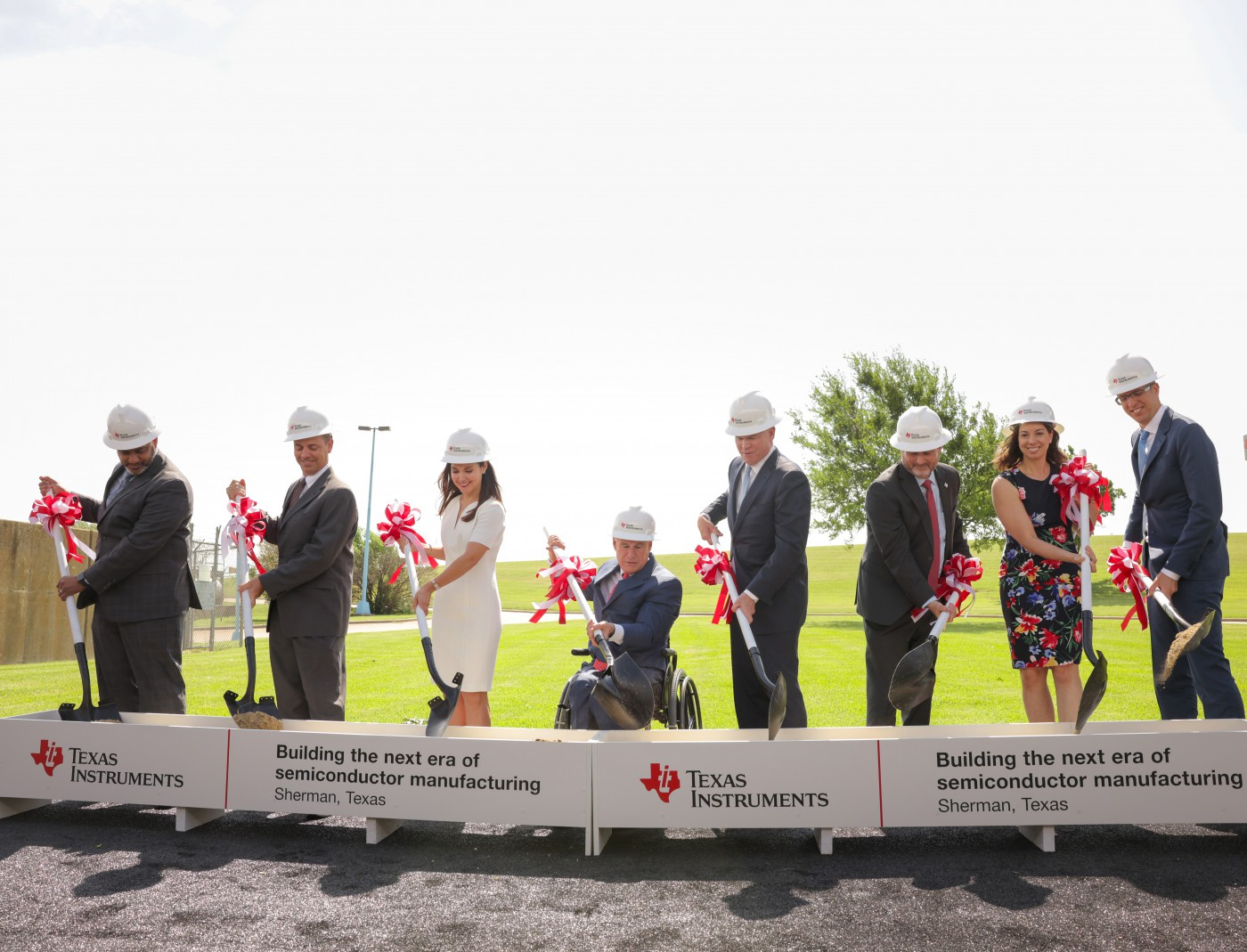 US tech company Texas Instruments (TI) this week broke ground on a plant to produce 300mm semiconductor chips in the town of Sherman, about 20km north of Dallas. If fully built out, the project is expected to be worth $30bn.

Governor Greg Abbott, who attended the ceremony, described the project as the largest economic development investment in Texas history.

He said: “In the midst of a worldwide chip shortage, TI’s historic, long-term investment in Sherman will expand Texas’ global economic influence and benefit Americans across the country by strengthening our domestic semiconductor supply chain.”

The project will begin with two “fab” modules, and these are expected to be completed in 2025. A further two modules may be added to the plant, depending on the state of global demand. If the full plan goes ahead, it will create some 3,000 jobs in the area.

According to a press statement, the fabs will be designed to achieve the LEED gold standard, and “processes in Sherman will further reduce waste, water and energy consumption”.

The fabs will complement TI’s existing 300mm plants, which include one in Dallas, and two in Richardson, Texas, one of which is expected to start production later this year. Another in Lehi, Utah, is expected to begin production in early 2023.