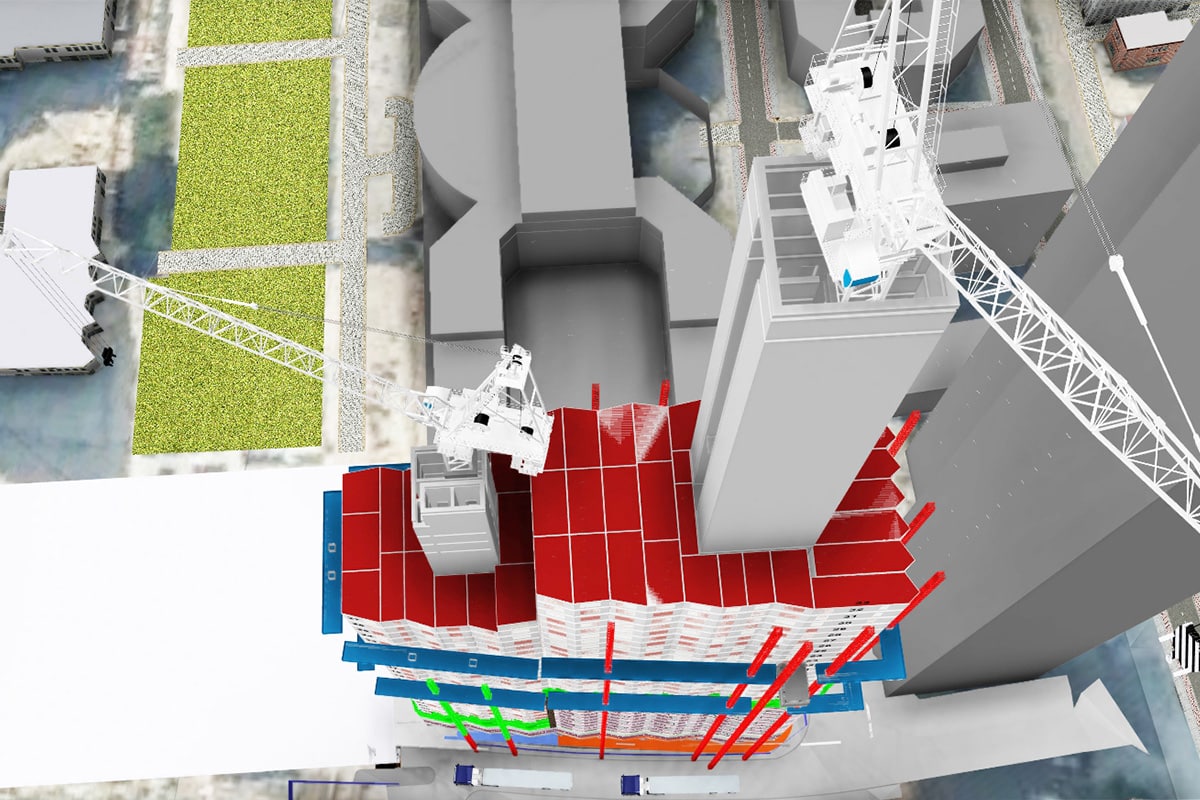 Tantek 4D is a digital engineering company headquartered in Ireland. The family organisation has provided an unmatched range of services within the architecture, engineering, construction, and operations industries, assisting clients with digital technology solutions from design conception through to project completion. It specialises in creating 4D digital simulations of pre-construction plans for the most complex projects across Ireland, the United Kingdom, and Europe.

One of its largest projects is a high-rise building on College Road in the Croydon section of London. The project will produce the tallest modular-built high-rise in the world with two towers: a 49-story tower (Tower A) and a 34-story building (Tower B)— including basements. Tower A will include 817 co-living units while Tower B will include 120 residential units, a café, and community-use areas. These buildings will provide much needed accommodation in the area, as well as be within walking distance of several key areas and public transportation interchanges. Previously, Tantek 4D had worked with the client to deliver 4D simulation to an apartment complex and shopping centre. Having already worked with the client and these types of projects, it was entrusted with managing and delivering the complex construction planning for this project.

However, it needed to find software that could provide the visual capabilities and range of model interoperability required for this complex building. It also required software that would provide the highest 4D simulation quality while still allowing importation of several 3D model formats. Additionally, with a team of 10 employees working closely together, the software needed to allow for collaborative workflows with updates in real time.

At first, Tantek 4D tried other software but realised it was insufficient in meeting their needs. After seeing SYNCHRO being used successfully by companies on social media and reading various case studies, it turned to SYNCHRO applications to help solve their project challenges.

The team began by importing the data from their previous software into SYNCHRO. Since SYNCHRO is interoperable with many types of external software and accepts various file types, the process was streamlined and easy to complete. Once all the data was imported, Tantek 4D was able to assign resources and respective tasks to its team, thus effectively simulating the project.

The team used SYNCHRO to create a 4D BIM model that supports several aspects of the project, including sequencing of works, health and safety management, risk mitigation, logistics management, constructability analysis, and spatial planning. The model also helped them develop a crane lifting strategy, which would have been almost impossible to do without 4D technology due to the project site’s complex footprint and all the surrounding buildings.

Additionally, it was able to visually demonstrate this plan to stakeholders Network Rail and Transport for London, making it easier for them to understand the plan and make quick and efficient decisions. “Since utilising SYNCHRO 4D on all our 4D BIM projects, we have exceeded our clients’ expectations in terms of speed of delivery, accuracy of 4D simulations, and rendering quality of the final 4D simulation,” Conor Tansey, chief executive officer and co-founder of, Tantek 4D said.

“By using SYNCHRO on this project, we have identified and rectified several sequencing errors and have also been able to identify key areas where program acceleration could be achieved,” Tansey said. “The 4D model is also being used to visually communicate complex tasks and in safety inductions.” By communicating tasks in a highly visual way, it has increased productivity, improved safety awareness, and reduced the risk of time delays.

Because Tantek 4D implemented SYNCHRO applications as part of their 4D BIM offering, the organisation can now compete—and win—this type of work on a global scale. “By implementing SYNCHRO 4D into our business, we have increased our client base by 100% in the past year,” Tansey said. Moving forward, the organisation plans to integrate more SYNCHRO applications into this project, which will allow them greater capabilities to monitor progress and optimise task completion.