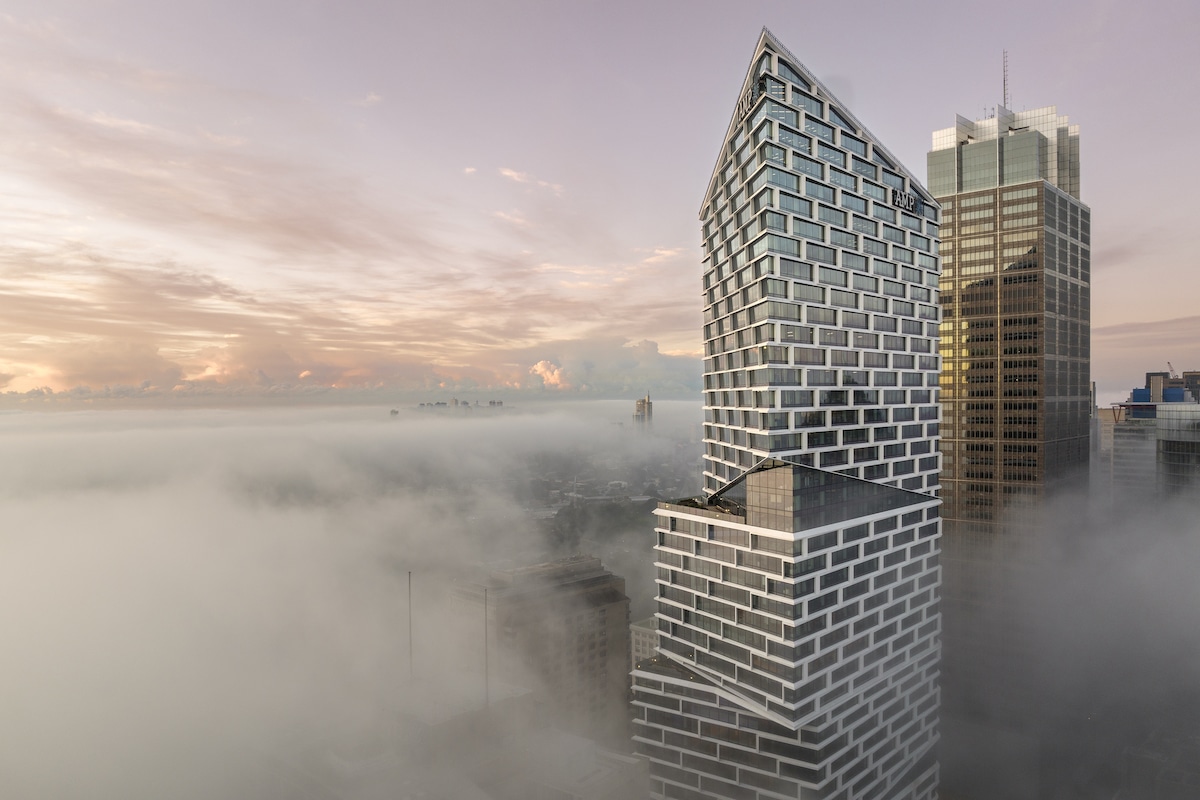 Sydney’s landmark Quay Quarter Tower (QQT) has been awarded the International High-Rise Award in Frankfurt, Germany from a field of 34 projects representing 13 countries.

Designed by 3XN and developed in partnership with Australian architectural practice BVN, it’s been almost a decade in the making. Now it’s one of the world’s biggest ever upcycled buildings – setting a new standard for sustainable skyscrapers.

Dan Cruddace, Project Director for QQT, at BVN says it’s a privilege to have been the Executive Architects for an award-winning building like Quay Quarter Tower. “It’s been an incredible journey and the ultimate collaboration on what has been described as a ‘once in a generation’ project,” he says.

“We congratulate AMP on a grand vision, 3XN on a beautiful competition winning design, Multiplex on their construction excellence and all our partners on working together to turn this remarkable vision into a reality.”

BVN worked on the project for almost a decade. First the team completed the masterplan for the entire Quay Quarter Sydney precinct, for AMP Capital and City of Sydney. Next, the client ran an international design competition which was won by Danish architects, 3XN.

BVN was invited to stay on the project as Executive Architect and the two firms developed the project in detail, resolving the many complex challenges of transforming the original building. When Multiplex was appointed to build QQT in 2018, BVN was novated as builder’s Lead Consultant, coordinating the delivery and construction through to conclusion in 2022.

The International High-Rise Award was initiated in 2003 and is awarded every two years. It recognises development excellence in aesthetics, design, integration into its urban context, sustainability, innovative technology and cost-effectiveness.

Quay Quarter Tower will now feature in the Best High-Rise exhibition at Deutsches Architekturmuseum from November 10, 2022 until January 22, 2023.