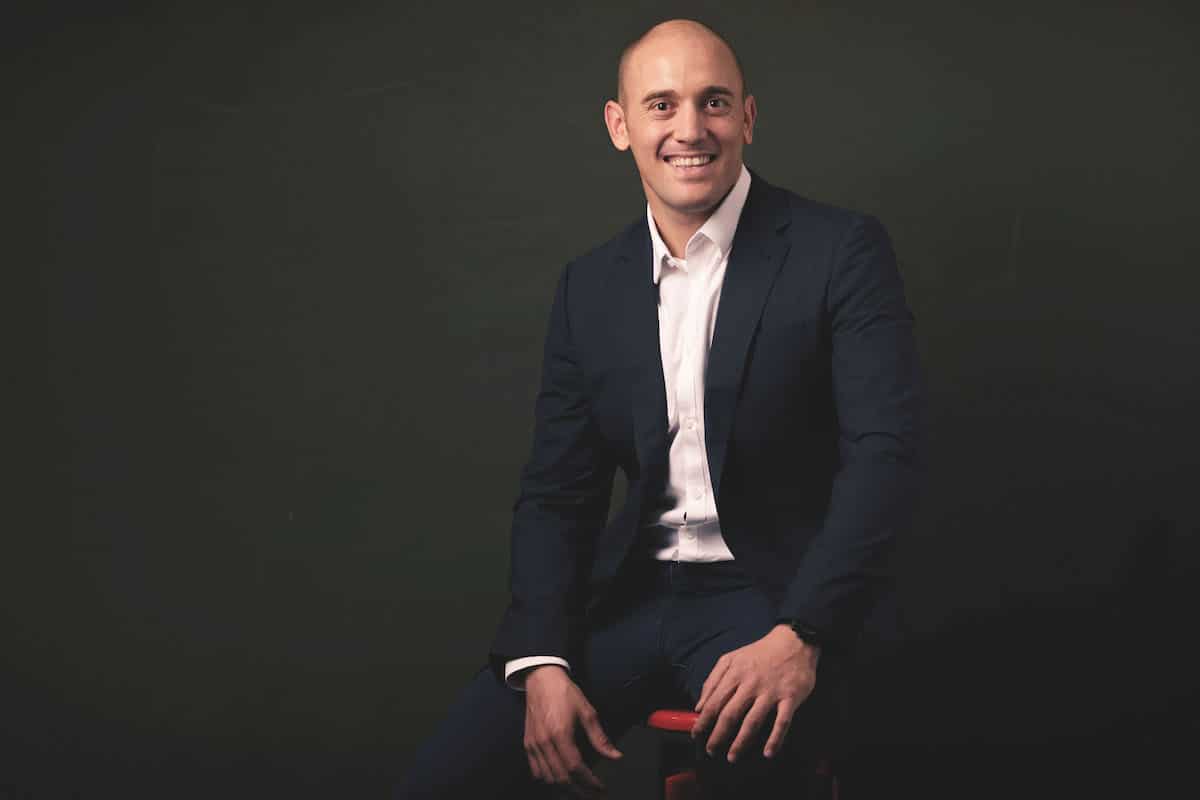 Over the last 10 years, Earth Friendly Concrete (EFC), established by Wagners, has been reducing the carbon footprint in the built environment with their geopolymer concrete.

According to VDZ’s 2012 report – Decarbonisation Pathways for the Australian Cement and Concrete Sector – Australia consumes an annual per capita of approximately 450 kg’s of cement. The report also states emissions from cement manufacturing accounted for 6-7 per cent of global CO2 emissions in 2021.

The Wagners team saw the opportunity to play their part in reducing the impact construction has on the environment, developing an absolute zero cement solution to eliminate the climate impact of cement on the built environment.

Jason Zafiriadis, Wagners EFC’s Chief Commercial Officer says the decision to establish EFC came around the time there were talks of a carbon tax in Australia.

“EFC came from a real focus on understanding the bigger drivers of carbon emissions, and cement use was identified as an opportunity for change,” he says. “If the cement industry was a country, it would be the third largest emitter of CO2 behind China and America.”

“To make a tonne of cement, you effectively need to bake two tonnes of lime, and a tonne of that gets released as CO2 into the atmosphere just through the chemical reaction, let alone all the energy you need to process it.”

Zafiriadis says Wagner’s aren’t afraid to take the hard road on things and solve the hard problems, and so EFC was born.

The difficulty to create a cement free concrete was to make the product behave relatively like ordinary concrete in application. Over the past 10 years, with over $20 million dollars of their own investment, Wagners EFC developed a zero cement concrete technology that works through ordinary concrete supply chains, proven globally in commercial construction and infrastructure projects.

Wagners is now investing even more of their own funds to scale up the EFC business in southeast Queensland, to make the Wagner concrete plants Earth Friendly Concrete and ordinary concrete capable.

Over the past two years, the company has established a market in London, securing a number of partners in the UK to set up EFC producers in multiple locations – one being the High Speed 2 (HS2) project. The HS2 project is a planned high speed rail link from London to Birmingham, the largest rail infrastructure ever in Europe.

Wagners has been working with Capital Concrete using its EFC on the project. In November 2021, it was estimated more than 900 m³ had been used for the HS2’s structural works piling mats and 2 km³ for haul roads and bases for cranes – saving 270,000 kg’s of carbon.

“We’re seeing a huge uptake of EFC in Europe driven by their sustainable policy environment, yet we’re finding the Australian construction and infrastructure industries are more hesitant,” says Zafiriadis.

“Europe’s policies are really being driven and motivated to reduce their carbon footprint with new and innovative methods. What we’re finding in Australia is, as a nation, we have ambitious, high-end policy drivers to achieve net zero by certain dates, but the only real driver to achieve that at the moment seems to be through offsetting or a reduction in energy usage in the operation of a building.”

The traction Wagners EFC has been getting in the UK has resulted in the company setting up a large-scale state-of-the-art production facility in London, which has been under construction over the past 12 months. Expected to be completed in the next five to six weeks, the facility will enable them to deliver their technology at scale to a much wider customer base.

The company’s next step is to secure a facility in Germany, following the success of three major contracts in the country to pull through EFC technology into sewer infrastructure.

“Three of Germany’s largest precasters have been doing development work with our technology in sewer infrastructure projects. They’re leveraging our product not just because we have a much lower carbon footprint, but from a durability perspective, we deliver a product that lasts,” says Zafiriadis.

“We have been certified by Germany’s Deutsches Institut fur Bautechnik (DIBt), who certified our technology for that application which is a huge step.

“These project’s also get better end-of-life out of our concrete because when they measure the circularity of that infrastructure, the concrete can be crushed up and used as aggregates.

“It’s not just the carbon footprint that is important as we look to do things differently in infrastructure. It’s also the circular economy, how we can reduce the amount of energy and raw materials that we use in building works, and how we measure the end-of-life use through the things that we’re building.”

Zafiriadis says EFC is also working hard with Australian standards to work towards a standard for geopolymer concretes.

“We’ve been putting the hard yards in on the building codes and certification area, which helps manage risk. Currently we have a 50-year design life spec with Queensland’s Department of Transport and Main Roads and work with industry bodies like the Materials & Embodied Carbon Leaders’ Alliance, driving embodied carbon reduction initiatives across the building and construction industry. We also support the initiatives of the Green Building Council of Australia and have just become top tier members of the Infrastructure Sustainability Council,” he says.

“We want to start becoming more involved to help their clients maximise their ratings through the embodied carbon innovation streams of their rating system. Our EFC technology is an ideal solution to the challenge of cement emissions.”

The way EFC technology works is it replaces ordinary cement with industrial waste by- products like fly ash and blast furnace slag – the products that most concrete supply chains have an abundance of in major industries, economies and markets.

The concrete producer will use their existing supply chain of raw materials and swap out the cement with fly ash and slag. EFC then supply their chemical activator, the EFC Activator System, and that allows those materials to perform like ordinary concrete during the batching process.

As far as the concrete producer is concerned, there is very minimal change to the way they make concrete, with the EFC activator solution added at the point of production.

When talking about the hesitance of Australian companies adopting EFC’s sustainable solution to concrete, Zafiriadis says he empathises given the challenges holding them back in today’s industry climate, such as material costs and low margins.

“Those that do want to step forward, to lead the charge with using new technologies and innovations in the projects they’re involved with, will be the ones that will prosper,” he adds.

“Contract frameworks are set up to motivate and drive the contractors and the subbies to deliver measurable outcomes for sustainability, innovation or engineered benefits, and gives them scope to pull through new techniques. Although, it’s done in a manner where that risk is being shared.

“The contractors won’t be motivated to do anything different if there’s too much risk involved, so the change has to come from the client side, public and private sector.”

Director of Mettle Marc Kenney was the major driver in using the concrete technology, despite advice from within his circles not to take the risk.

“Marc had a vision for the building and that was to have a strong sense of community and place. The project had a biophilic design throughout the building, and he drove the use of EFC through all structural applications,” says Zafiriadis.

Kenney adds, “Being both the developer and builder of 112 Alfred St, we were afforded the luxury of being able to make decisions around the products we used. We chose EFC to primarily build the structure because someone had to go first, and we were eager to try something different that was paired with the biophilic design principles of the development.”

“Being a first for EFC’s use in a multi-level insitu application, there were certainly a number of challenges in terms of mix design and educating our workforce in how to work with it. Wagners stood shoulder to shoulder with us along the journey which was invaluable and appreciated. The finished product stands out in terms of its off-form finish which is both clean and striking.”

In Australia, EFC was also used on the Pinkenba Wharf on the Brisbane River. The project team applied an innovate approach to the wharf’s construction using material that reduced environmental impact and improved engineering performance.

The 191 prefabricated panels used to construct the wharf’s deck consisted of EFC geopolymer concrete engaged deck that acts as a compression flange while locking the U-girders together. The EFC mix was developed to suit placement through heavily congested reinforcing layers and achieve the design strength requirements.

“There’s zero cement in the wharf, and that has the largest of bulk ships birthing on it. The feedback from the project is that it’s the greenest wharf structure in the world,” says Zafiriadis.

“The concreters in Australia initially have concerns and reservations about using EFC, but we put a lot of effort into having our guys work with the concreters, especially when they’re using it for the first time,” he says. “We help them realise that there’s very little difference in the way you place the concrete.”

“There’s about 20 per cent of the applications that we can’t achieve, such as the same finishing or flatness as ordinary concrete, and we don’t hide from that. We have processes where we can get around that, or in some rare instances we will suggest using ordinary concrete for particular applications.

“Even though concreters are a little wary at first, once we start working with them, they’re incredibly impressed with the product.”