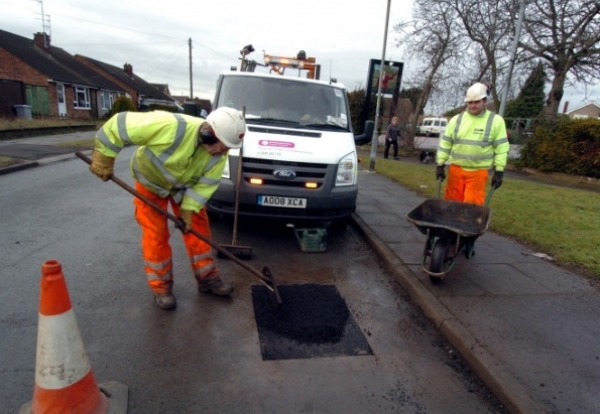 To balance budgets – as they are legally required to – and control costs, councils are warning of a winter of ‘difficult decisions’ ahead.

These could include further unplanned reductions to services and the cancellation or delays to major construction projects such as new roads, amenities and infrastructure upgrades to schools, as well as pothole filling.

New figures, based on research conducted by the County Councils Network and the Society of County Treasurers, reveals that the estimated costs of inflation in 2022/23 for 40 of England’s largest councils has risen by 92% in just three months since they set their budgets in March.

The research estimates that councils’ costs from inflation have risen from £789m in March to £1.5bn as of June, leaving them with £729m funding gap.

County leaders said that the Chancellor had rightly prioritised support to families struggling with the cost-of-living crisis, but councils would now need additional support in the Autumn Budget to cope soaring costs.

The CCN says that alongside additional financial support later this year, the government will need to reopen its Spending Review settlement for councils for the 2023/24 financial year otherwise councils will be faced with a significant funding gap next financial year too.

Under the government’s three-year Spending Review, announced last October, the funding plans for local authorities in 2023/24 are ‘cash flat’ – meaning no rises are planned.

Cllr Carl Les, finance spokesperson for the County Councils Network, said: “Councils’ frontline services play a vital role in supporting the most vulnerable through these difficult times, while their capital investment in local roads and infrastructure support local growth and employment at a time when the country is facing further economic strain in the coming months.

“Global price increases and spiralling inflation are having a major impact on these day-to-day services and construction projects, with our analysis showing that county authorities are facing extraordinary additional costs at a time when budgets were already under strain.

“Councils have a legal obligation to balance their budgets and have very little scope for meeting these pressures without cutting services, cancelling or delaying major infrastructure projects, or proposing even higher council tax rises next year.

“With inflation likely to rise even further remain high for the foreseeable future, councils face a winter of difficult decisions unless the government provides extra funding to offset these substantial extra costs.”