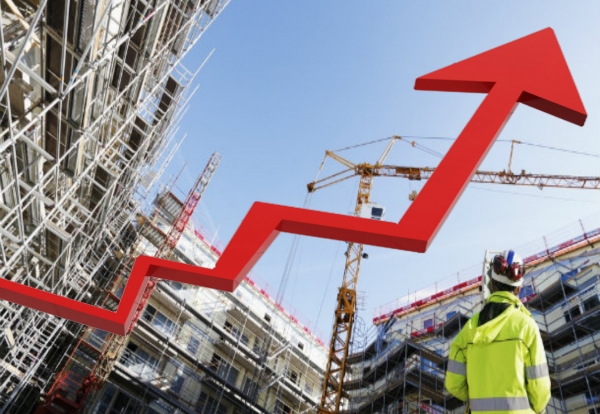 Government economists at the Office for National Statistics have also revised figures since the start of the year, ironing out the last reported 0.4% dip in output in April.

Official statistics now put the industry into its the seventh consecutive month growth, following the upwardly revised increase (0.7 percentage points) to 0.3% in April.

This dispels concerns of a slowdown. Despite dual challenges from materials inflation and shortages, order books continued to remain strong.

But the industry is concerned that a new Prime Minister could implement changes to public infrastructure spending to help pay for tax cut proposals.

Mark Robinson, group chief executive at SCAPE, said: “A return to growth will come as a surprise to many across the industry, with the general consensus that inflation – which shows no sign of easing – is curbing longer term development plans.

“With the political picture facing significant change, fixing the economy has been put on the back burner just as the construction industry faces a critical peak season.

“All eyes will be on the economic plans of the leading Tory candidates. Any suggestion that austerity could return, in a bid to tackle the national debt, might cause concerns that a slowdown in public sector investment could compound the decline we’re starting to see in the private sector.”

Clive Docwra, managing director of property and construction consultancy McBains, said: “These figures are a real tonic given continuing inflationary pressures, increases in the price of building materials and the Ukraine war, and suggest that the sector is finally emerging from its struggles as a result of the pandemic.

“The uncertainty over who will be the next Prime Minister also means there will be doubts over the direction of policy in areas such as housing and infrastructure, which will translate into some investors holding off on committing to longer term projects.”