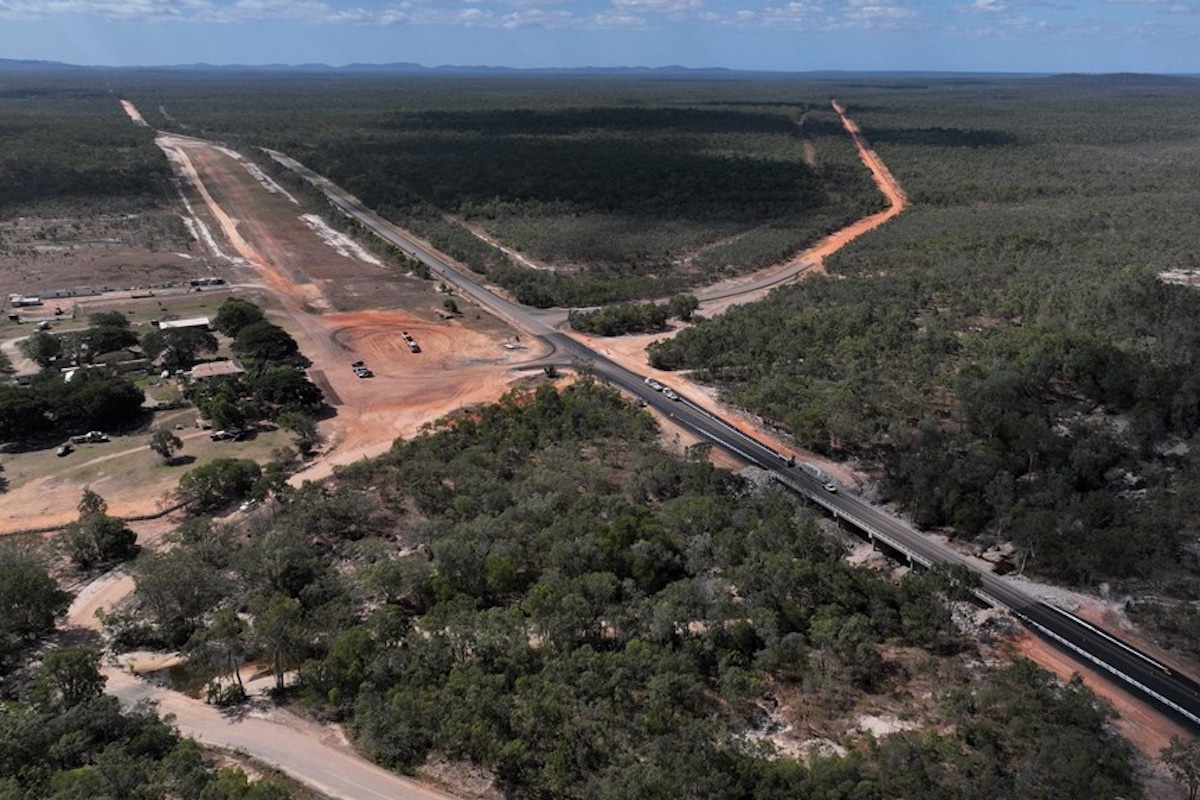 The $237.5 million Cape York Region Package (CYRP) Stage 2 in Queensland is well underway, with a new bridge and hundreds of kilometres of road now sealed.

Construction of the 90-metre-long Saltwater Creek bridge – located on Peninsula Developmental Road (PDR) next to Musgrave Roadhouse (about halfway between Laura and Coen) – began in June 2021. It is the first bridge to be built under the CYRP.

“Anyone who knows Cape York will understand the Peninsula Developmental Road will always be prone to flooding and closures,” said Minister King.

“The construction of the first bridge under this package is a positive step towards easing floodwater levels and road closures during the prolonged wet season each year.

“Nothing is more important than ensuring people can reach their destination safely and that’s exactly what this investment is about.”

Completed by RoadTek in August 2022, the bridge is now open to motorists and replaces the low-level causeway, improving safety and flood resilience along the route.

The completion of sealing from Merluna to York Downs this month marks just over 200 kilometres of the PDR now sealed.

Once CYRP Stage 2 is complete, 145 kilometres of the 571-kilometre PDR will remain unsealed.

CYRP Stage 2 is funded by the Australian and Queensland governments on an 80:20 basis under the Roads of Strategic Importance (ROSI) initiative.

Queensland Minister for Transport and Main Roads Mark Bailey said the Peninsula Developmental Road is a key connector for the Far North.

“In fact, more than 24,800 training and upskilling hours have been worked on these upgrades, more than double our original target.”