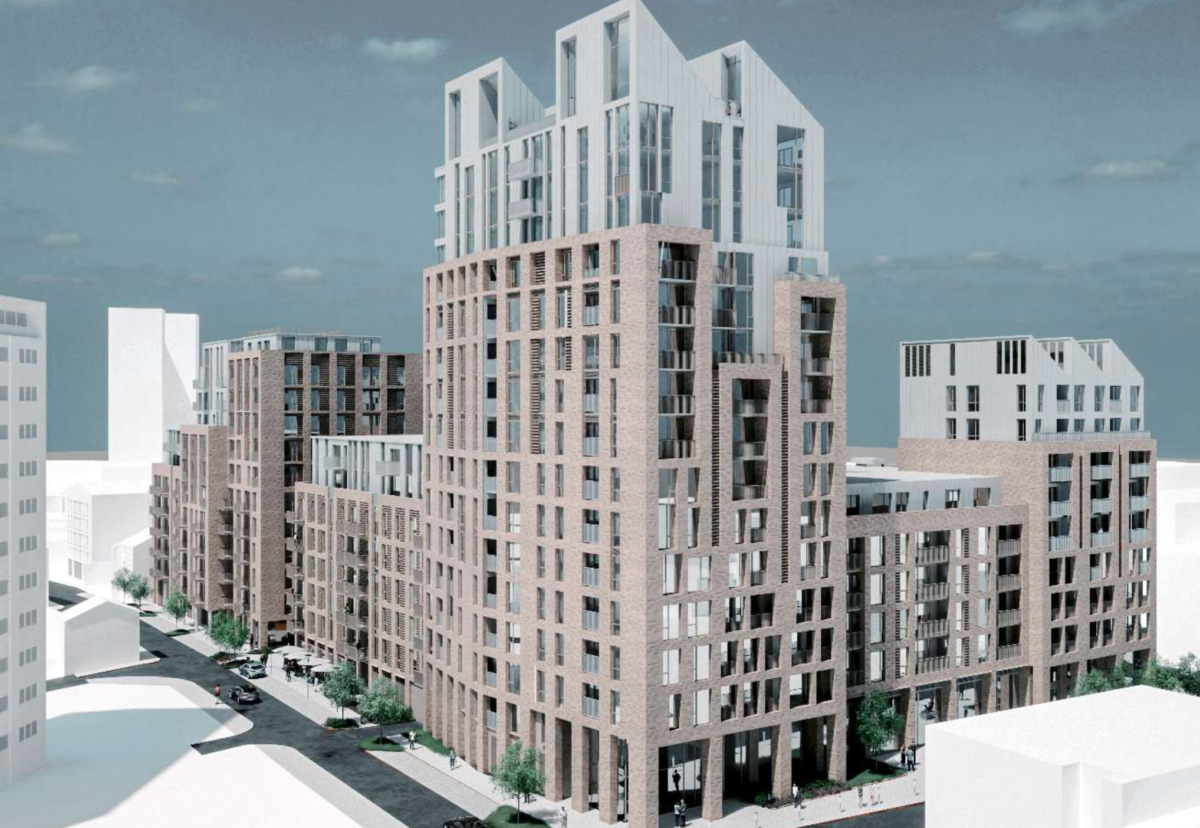 Developer Stoneygate Living plans to build two extended blocks with one rising up to 16 storeys on land at the corner of Manchester Road, Queen Street and Grimshaw Street, Preston.

Designed by David Cox Architects around 130 of the planned flats will be aimed at the over 55’s market. The remaining flats 340 flats will be market homes.

A new landscaped thoroughfare will bisect the two blocks at the Stoneygate Central development and will be known as the “Green Street”.