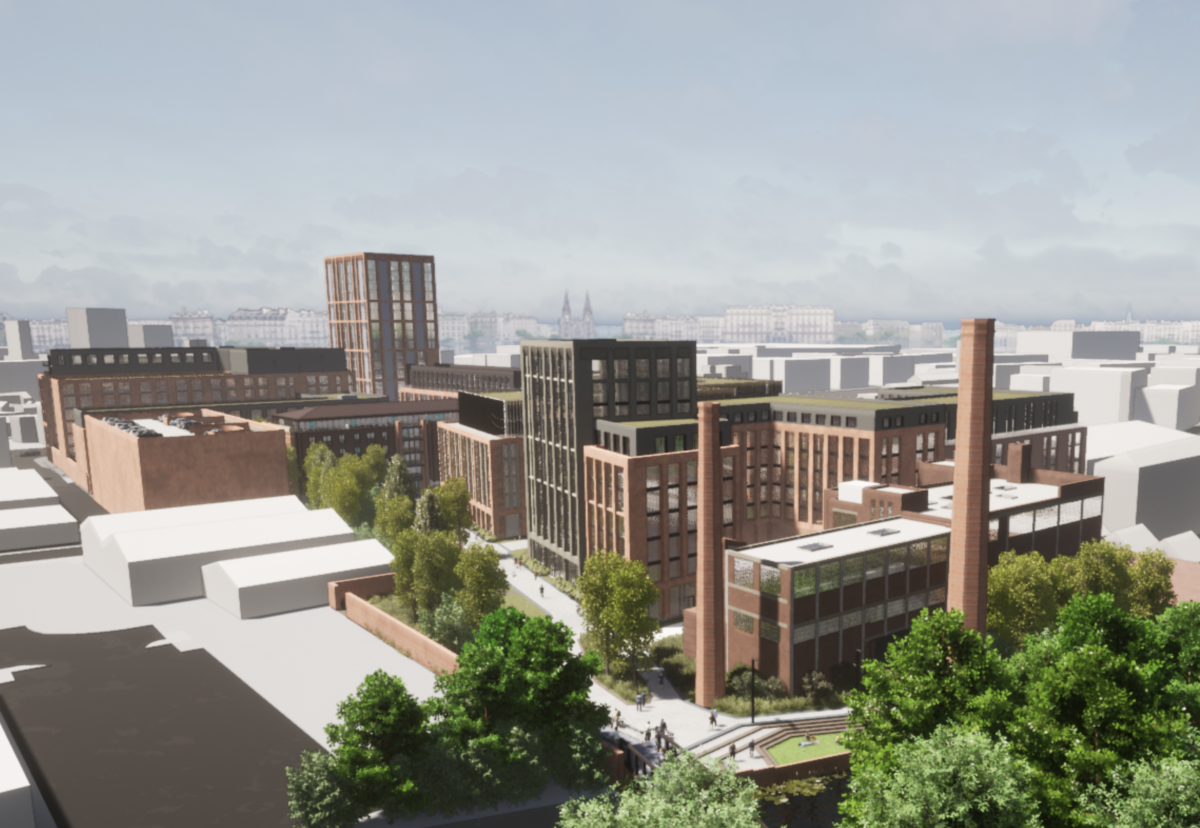 Full planning permission is sought to demolish nearly all buildings and construction of a first phase six-storey building of 44 one- and two-bed flats.

The outline plans will see several building varying from four and 18 storeys to provide up to 1,140 homes.

Two existing chimneys fronting the Grand Union Canal alongside will be retained while a new bridge will be built to connect to Abbey Park from the city centre.

A spokesperson for Cityregen Leicester and Galliford Try Investments said: “Our transformative proposals promise to unlock the Corah site and create a new legacy for this important location in the city.

“The plans will bring new life to this area of Leicester, creating a dynamic new community and destination which will act as a catalyst for further growth and regeneration in the area.

“While reinvigorating the Corah site, our proposals also recognise its important history. Our plans are inspired by this legacy and the heritage of the site has been threaded through the proposals to ensure the people of Leicester are connected to the Corah Site’s past in its new reincarnation.

Planning consultant DPP, director Michelle Davies said: “This site represents one of the last major regeneration sites in single ownership in the city of Leicester and is a key opportunity to deliver much needed homes.

“We have been through an extensive and detailed pre-application process with the Council and major stakeholders during the last year, and we now look forward to progressing this fantastic scheme through the planning process.”