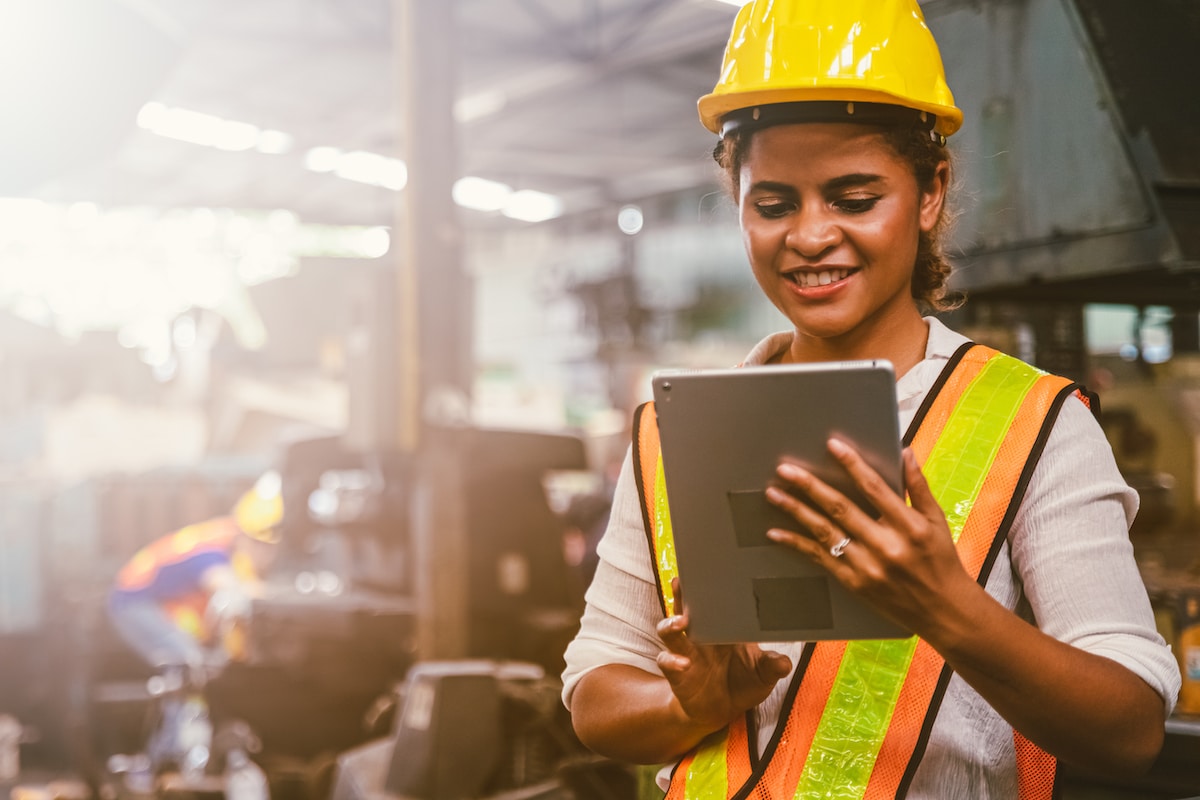 A new campaign, ‘She Built It’, has been launched by Minister for Industrial Relations Tim Pallas in a bid to encourage more women to pursue a career in the construction industry.

The digital, radio and print campaign highlights the success of women in the industry and has recently been introduced at a social housing construction site in Ascot Vale.

Minister Pallas says the campaign will promote action to change the status quo.

“There are many women with thriving careers in the construction industry and it’s important to highlight those stories because it’s hard to be what you can’t see. Representation and visibility matter,” he says.

The construction industry has come a long way in changing attitudes and increasing opportunities for women in construction, yet women only make up under 3% of building and construction trades workers in Victoria.

Some 200 social and affordable homes are being constructed at the Homes Victoria site in Dunlop Avenue, Ascot Vale, where half of the trainees, apprentices and cadets are women. Women make up more than 40% of construction partner Built’s project team at Ascot Vale.

Mature-age apprentice electrician Sarah Tabone says the campaign was important to her in showing other women the vast opportunities the industry provides.

“I hope it breaks down stereotypes and shows how accessible the industry is for women,” she says.

“If even one woman sees this and it helps her to have the courage or plants the idea to walk through that open door, it will make such a difference for our industry.”

Running from Monday, 26 September, “She Built It” will appear on streaming services, YouTube, Spotify and news sites, in regional newspapers and on radio across the state including multicultural stations.

The campaign will complement the Victorian Government’s Building Equality Policy which applies to large government projects and requires the representation of women in at least 3% of each trade role, 7% of each non-trade position and 35% of management, supervisor and specialist labour roles. The Policy also requires that 4% of labour hours for apprentices and trainees be performed by women.

Building Industry Consultative Council Chair Rebecca Casson says, “Women are making a valuable contribution to the industry and it’s important that their influence is acknowledged through campaigns like ‘She Built It’, which celebrate greater diversity, equity and inclusion.”

Initiatives include the creation of the Building Futures Women in Construction job-matching website, a respectful workplaces code of practice, and tools and resources for students, parents, teachers, women and employers.

Find out more about how to join the female workforce in the building industry at womeninconstruction.com.au.