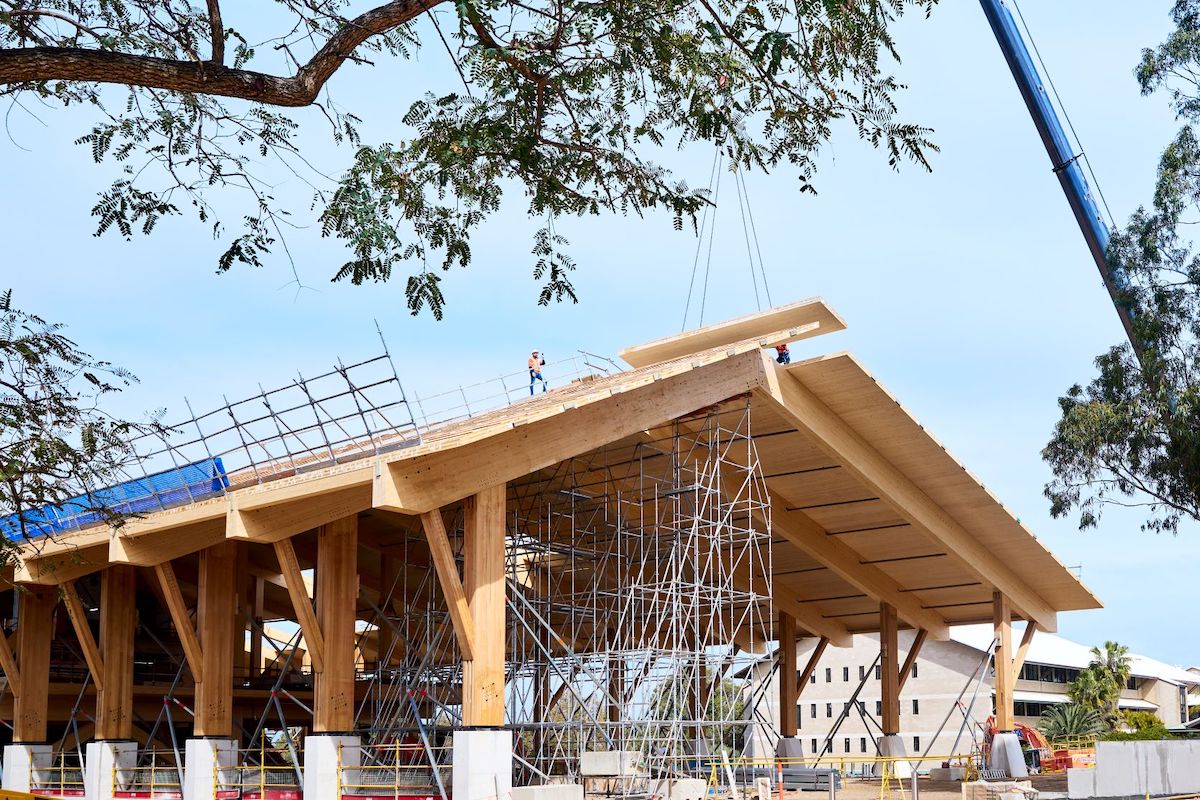 Murdoch University’s Boola Katitjin is on the road to completion, with Multiplex recently installing the last ‘puzzle piece’ of WA’s largest timber building.

Designed to achieve a 6 Star Green Star As Built rating, the timber structure will set a high standard for timber design and sustainability.

The final cross laminated timber roof panel was craned into place at the ridge of the Northern Plaza – one of 1796 pieces of mass engineered timber used across the building’s structural system.

Murdoch’s Deputy Vice Chancellor Education and Equity, Professor Kylie Readman, said the completion of Boola Katitjin would allow the university to not only increase its face-to-face capacity, but embrace learning and teaching technologies for the future.

“The project is a major step towards ensuring Murdoch is the university of choice for students; we look forward to increasing our enrolments in line with the University’s Strategic Plan,” Professor Readman said.

“Boola Katitjin will be a welcoming space for our students and staff to meet, learn, study, teach, socialise and engage with industry, supported by world-leading technology.

“The building is a physical representation of Murdoch’s commitment to sustainability in its design, built form and its intended use as a core part of the Murdoch University experience.

“Now the external structure is complete, the internal fit out will continue and attention will turn to landscaping and other finishing touches.” 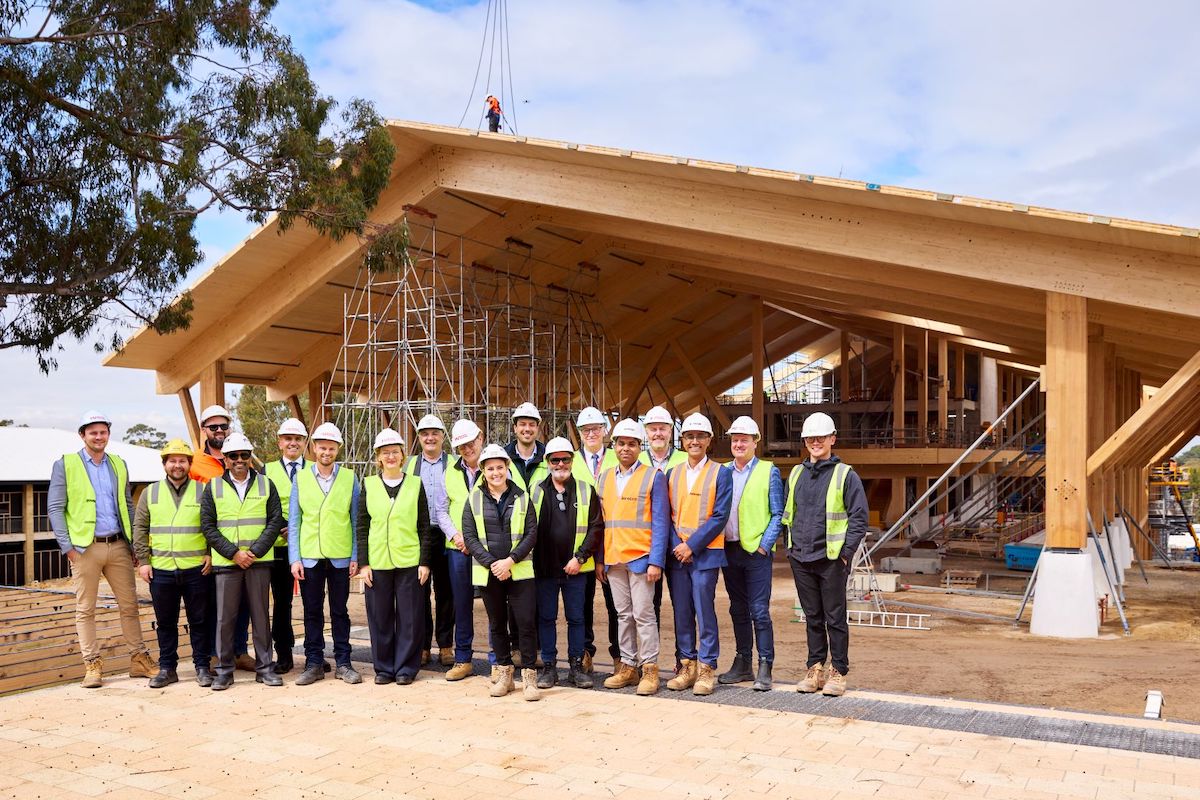 Boola Katitjin will provide more than 16,000m2 of teaching and learning space across four floors and extend around 180 metres in length.

“It’s a bit like a giant Meccano set or puzzle, with glue-laminated pieces of timber of all different lengths and shapes manufactured offsite before being fitted into place on site,” Mr Palandri said.

“Some of the glue laminated timber beams used within the Northern Plaza are the largest ever installed in Australia by volume – at 7,282 kilograms each, extending 26 metres in length.

“We hope Boola Katitjin will act as a demonstration project to the local industry, signifying the demand for timber construction and its benefits, given it’s a fully renewable resource and has a significantly reduced carbon footprint compared to a typical concrete building.”

Murdoch University’s Building 360 – Boola Katitjin will open for Semester One 2023 and will accommodate up to 60% of the university’s teaching requirements in a modern and technology rich building.