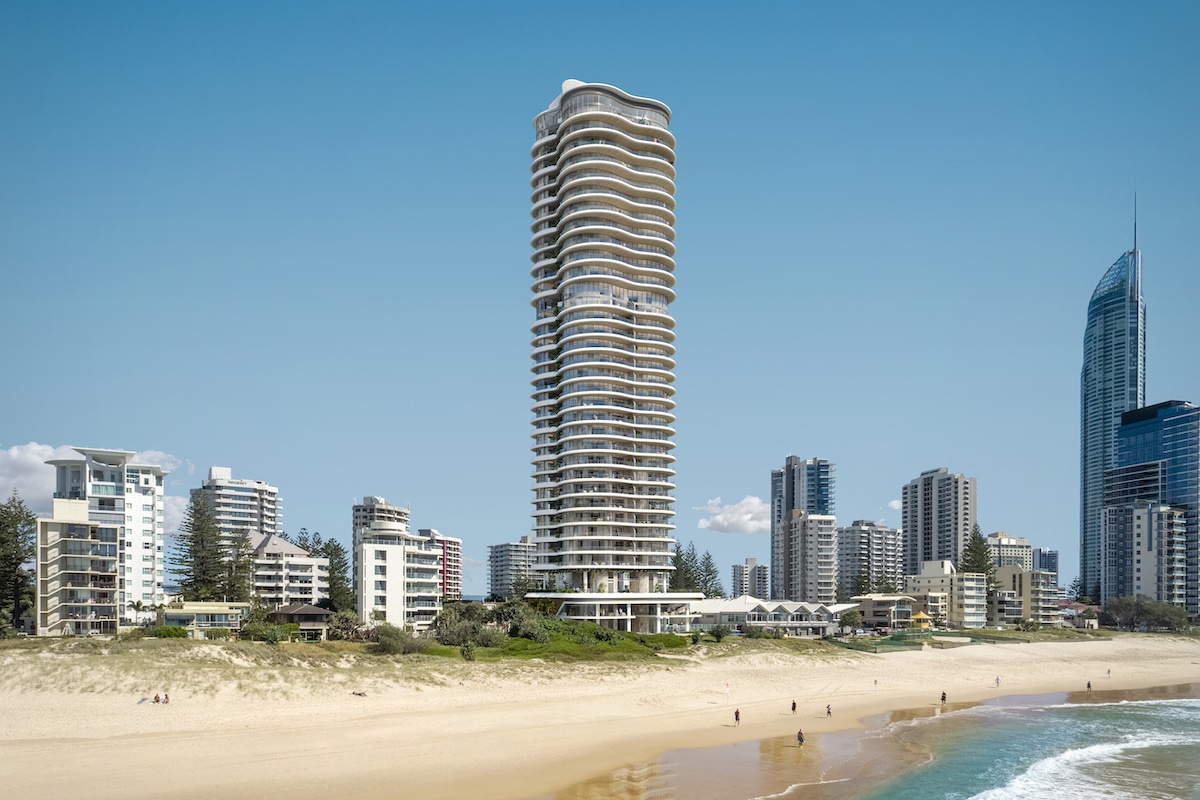 The delivery of six-star development, COAST, on the Gold Coast is officially underway following a ground-breaking ceremony with construction company Multiplex.

With the previous apartment building at 43 Garfield Terrace now demolished, Multiplex will be on site immediately with COAST slated for completion in early 2025.

Sammut Group Chief Operating Officer Julian Sammut says the construction start is a testament to the strength of the iconic project, which has continued to persevere despite the recent raft of issues confronting the construction industry that has seen many other Gold Coast projects slow or stall.

“This is a great moment for the project, the many buyers who have been quick to be part of this opportunity, and for the Gold Coast,” he says. “We have secured a fantastic partnership with Multiplex, who have an exceptional record of premier projects, which is what we demand for COAST.”

COAST’s amenities include a 32-metre wet edge pool that wraps from the east to north, a yoga studio, massage rooms and sauna, function facilities, residential beach bar, breakout areas and a commercial-sized gym.

Multiplex has been responsible for the delivery of several of South-East Queensland’s most high-profile developments, including Destination Gold Coast Tower 2 at Star Residences, Queens Wharf Brisbane, Jewel Gold Coast, and the W Hotel Brisbane.

Multiplex Regional Director Glenn Robinson says his team is excited to partner with Sammut Group to deliver an iconic project for the Gold Coast.

“We are delighted to be working with such a well credentialled developer as Sammut Group on such an iconic development for the Gold Coast,” says Mr Robinson.

“This is a higher end product than anything else we’ve delivered on the Gold Coast with its beautiful architecture, joinery and stonework. It will really challenge anything else available on the coast in terms of quality.”

Sammut Group Chief Executive Officer Allen Sammut says he is pleased with the progress of Sammut Group’s expansion into Queensland following an award-winning run of projects in Cronulla, Sydney, which started – ironically – with a project called ‘Coast’ and now include Drift, Nautilus, Breeze, Loft and Banc and the recently launched Vue.

“We have built up a very loyal fan base who love and trust the Sammut Group brand and what we stand for and their keen interest in our first Gold Coast development is evidence of that,” says Allen.