MPs call for cut in building demolitions to save carbon 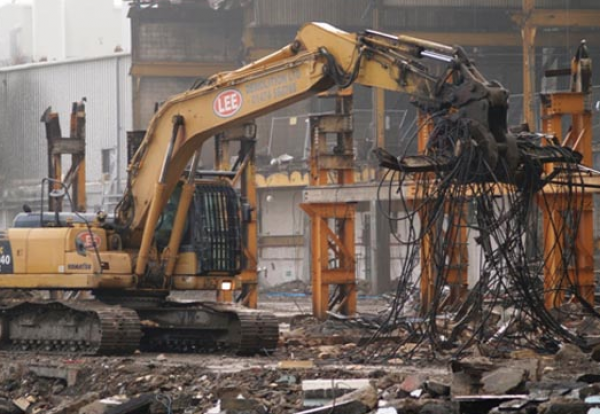 With the UK’s built environment being responsible for 25% of greenhouse gas emissions, the Environmental Audit Committee has called for an effort to keep the carbon locked in by prioritising retrofit and reuse of buildings over knock down and rebuild.

Where retrofit is not possible, the EAC report published today recommends efficient and more effective use of low-carbon building materials.

To inform decisions about whether new builds should be approved in the planning process, it wants to see the Government introduce mandatory whole-life carbon assessments for buildings.

Environmental Audit Committee chairman, Philip Dunne MP, said: “From homes to offices, retail units to hospitality venues, our buildings have a significant amount of locked-in carbon, which is wasted each time they get knocked down to be rebuilt, a process which produces yet more emissions.

“Ministers must address this urgently. Promising steps are being taken: for instance, the Levelling-Up, Housing and Communities Secretary of State recently paused the demolition and retrofit of Marks and Spencer on Oxford Street on environmental grounds.

“But much more needs to be done, and baseline standards for action need to be established. Mandatory whole-life carbon assessments, and targets to crack down on embodied carbon, provide part of the answer. Constructors and developers can then determine which low-carbon materials, such as timber and recycled steel, they can use.

The assessment would calculate the emissions from the construction, maintenance and demolition of a building, and from the energy used in its day-to-day operation.

The UK is currently lagging behind countries such as The Netherlands and France which have established mandatory whole-life carbon assessments for their built environment.

It wants to see whole-life carbon assessments introduced no later than December 2023.

The Committee has also urged the Government to set out a clear strategy for creating the green skills needed to meet its 2030 commitment for a 68% cut in carbon emmissions.

“As in many other areas in the drive to net zero, the UK must have the green skills to make its low carbon future a reality. Before the summer recess in July, I urge the Government to publish a retrofit strategy and upskilling programme that can ensure the UK economy will have the green jobs necessary to deliver a low-carbon built environment.”

The Committee also warns that reforms to permitted development rights appear to have created an incentive for demolition and new-build over retrofit. The Government must therefore urgently evaluate the impact of recent reforms to ensure that retrofit and reuse are prioritised.