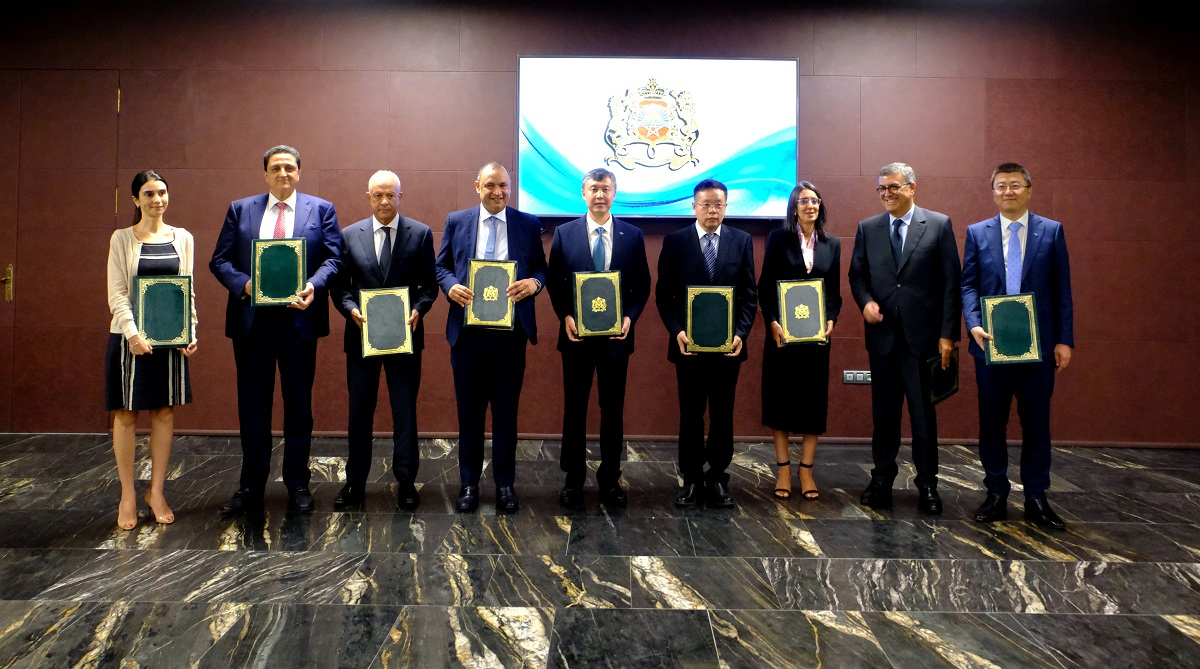 The deal, first proposed in 2016, was finalised at a ceremony in Rabat attended by a number of Moroccan ministries, including industry and trade, water, economy and finance, as well as the Tangier regional council, the Bank of Africa, the Tangier Mediterranean Special Agency and the Tangier Tech Management Company

Present on the Chinese side were executives from the Beijing Zhonglu Urban Development Corporation, China Communications Construction and its subsidiaries China Road and Bridge and CCCC Investment.

The 2,167ha tech city is expected to host around 200 Chinese companies, with the aim of creating a “sustainable, integrated, and intelligent industrial city” that will “inject a new dynamic into the economic activities of the kingdom and consolidate its anchoring in the Euro- Mediterranean”, according to a press statement from  the Ministry of Industry and Trade.

The project will include a 947ha “industrial acceleration zone” where the main manufacturing plant will be located, as well as a 1,220ha “smart city” made up of residential, leisure, tourism developments, as well as “the public infrastructure necessary for the proper functioning of the city”.

The businesses will be in a number of sectors, including automotive, aerospace, textile, electronics and machinery factories on the site.

Speaking at the signing ceremony, Ryad Mezzour, the minister for industry and trade, said: “It is an industrial megapole that will support our national industrial strategy and thus strengthens Morocco’s international attractiveness and competitiveness.”

The tech city was first announced in Beijing in 2016, and officially launched in a blaze of publicity in March 2017, only to be quietly abandoned in 2018. The plan was to invest $1bn in a 10-year project to build a manufacturing and technology hub.

It was originally sponsored by Haite Group, which is primarily an aviation company based in Chengdu, and Morocco’s BMCE Bank of Africa. However, Haite withdrew from the scheme, reportedly over problems with its scale and a dispute over who would own the completed asset.

In 2019, Haite was replaced by a Chinese construction giant, China Communications, which signed a memorandum of understanding with the Moroccan government on 26 April in Beijing during that year’s Belt and Road Forum (see further reading).

Completion of the city is now scheduled for 2027.