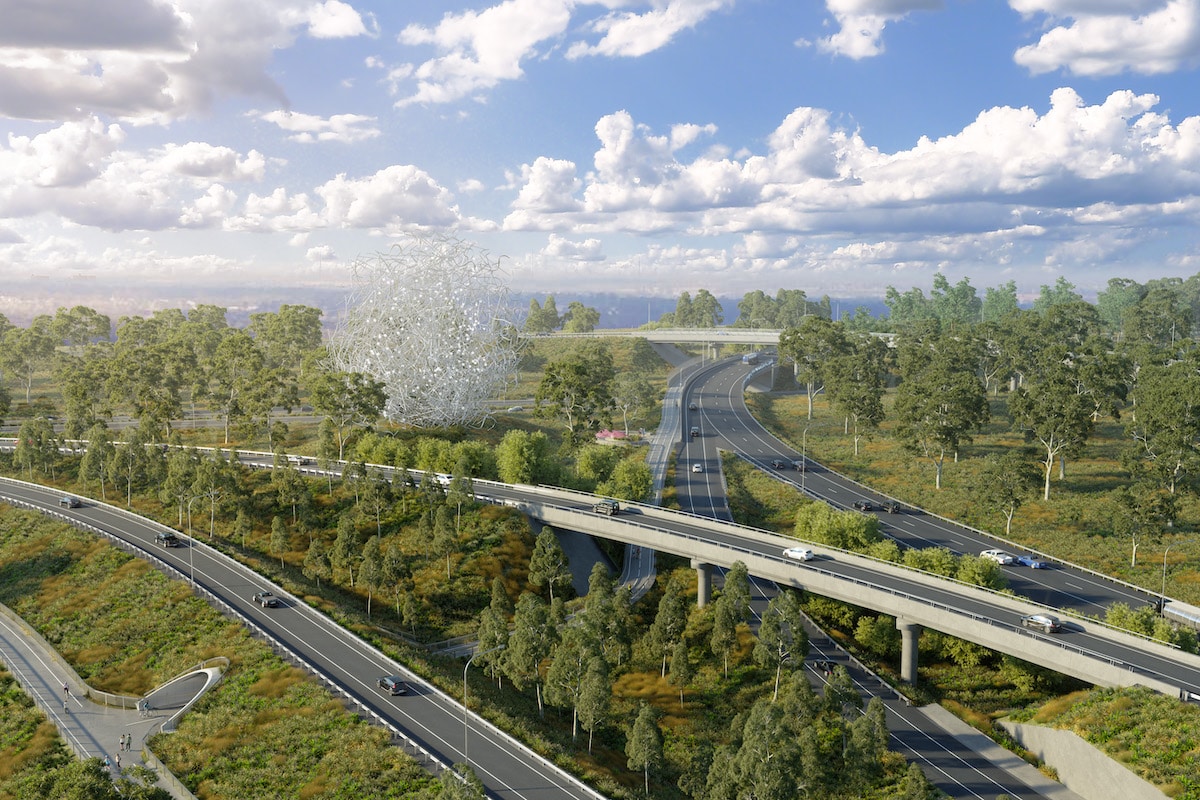 Construction has commenced on the central and west sections of Sydney’s new $2 billion, toll-free M12 Motorway.

“The M12 will be a major addition to Sydney’s road network. By 2036 it is expected to be used by up to 52,000 vehicles a day, saving motorists up to 16 minutes’ travel time between the new airport and M7,” says NSW Minister for Metropolitan Roads Natalie Ward.

“The project will also deliver significant benefits during construction, generating between 2000 and 2400 direct and indirect jobs with specific targets for apprentices and women in the workforce.”

The plan’s design celebrates local heritage and culture with a focus on a ‘Connection to Country’, including a seed collection program to replant local species and a sculpture – ‘The Great Emu in the Sky’ – celebrating stories held by the Darug Community.

The project will also replace native trees on a ‘2 to 1’ basis along the motorway.

Major construction on the M12 Motorway is scheduled to be completed in 2026, prior to the opening of the new Western Sydney International Airport.

Federal Minister for Infrastructure, Transport, Regional Development and Local Government Catherine King added, “This is an investment in quicker and more reliable trips for motorists and freight operators in an economically critical part of the state and the country.”

“This project is critical to providing a high-standard and efficient connection to Western Sydney Airport for many years to come.

“This is a great example of good infrastructure investment creating jobs, building opportunity, and unlocking economic growth and productivity.”