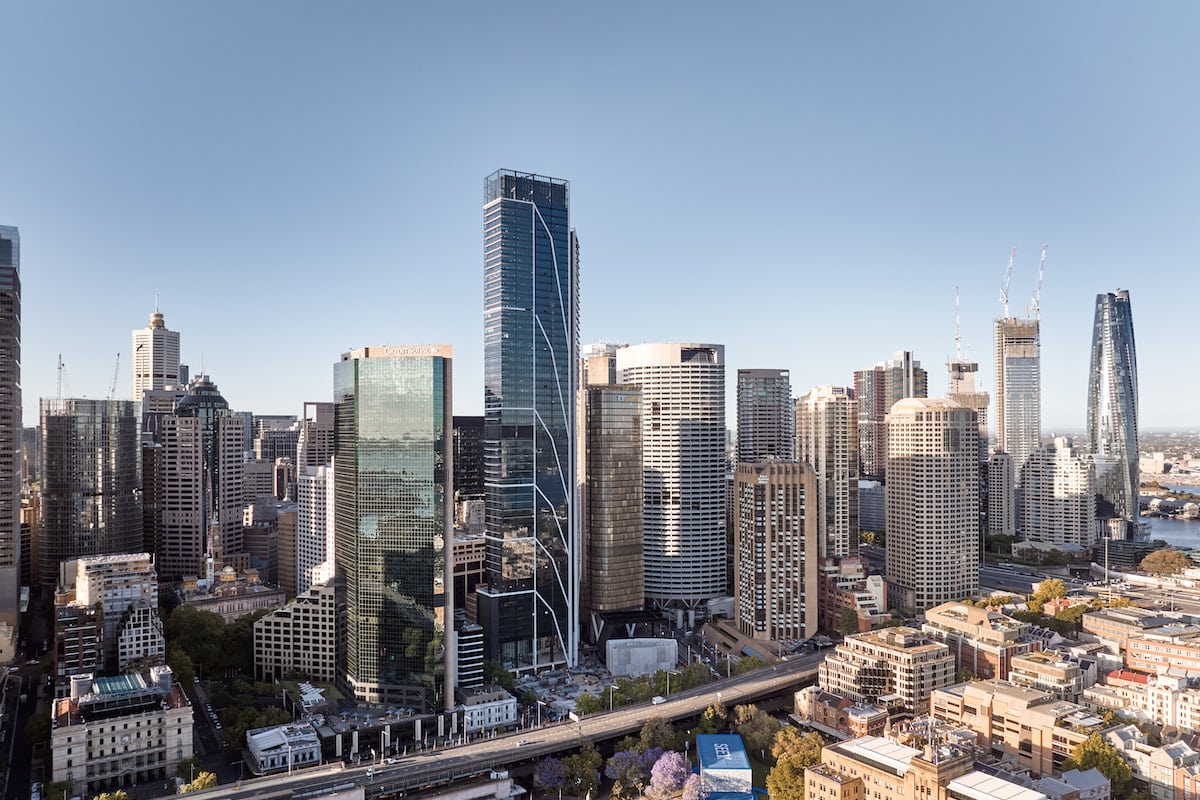 Lendlease has marked the official completion of its commercial building in Sydney Place at Circular Quay, Salesforce Tower, which has been labelled one of Sydney NSW’s tallest office towers.

Tom Mackellar, Managing Director of Development, Lendlease says the completion of the new tower will reignite the Circular Quay precinct, creating a rich dining and retail experience for workers and visitors to enjoy.

“Achieving more than 80 percent leasing, the flagship commercial tower has redefined the city’s spectacular skyline and demonstrates the strong market appetite for modern workplaces that are well connected, environmentally sustainable and provide state-of-the-art facilities with a focus on health and wellbeing,” says Mackellar.

Since the start of construction in 2018, the project has supported more than 2,000 jobs, with 100 per cent of tradespeople from local businesses within Greater Sydney, totalling nearly 2.7 million hours worked on-site. The tower is comprised of 9,500 tonnes of steel and 42,000 cubic metres of concrete.

“The exemplary goodwill and collaboration between Lendlease and the City of Sydney has resulted in a new precinct that has already attracted premium tenants such as Salesforce, will appeal to workers and visitors, and re-energise the northern part of Sydney,” she says.

“Buildings and precincts such as these will help to boost interest and investment in our city, will attract international visitors and provide a new and exciting place for workers, shoppers and residents – all of which is especially important now as we seek to recover from the impacts of the pandemic.”

The Sydney Place precinct includes 24 new laneway retailers, including dining, bars and Jacksons on George, which is expected to open mid-2023.

Approximately half of the Sydney Place precinct is dedicated to the public, including the first plaza on George Street in decades. It is framed by a community building, designed by British architect Sir David Adjaye in partnership with Indigenous Australian artist Daniel Boyd, and transferred to the City of Sydney’s ownership on completion this year. The precinct will also host the city’s first Public Cycling Facility, located underneath the plaza.

Installation of the Plaza Community Building’s rooftop canopy art, also designed by Daniel Boyd, is complete, and a second major public artwork, designed by Louise Zhang in partnership with Dennis Golding, has been installed in the through-site link and will be open in March 2023.

Sydney Place has been awarded a Platinum WELL Shell and Core rating and the Green Building Council of Australia’s 6 Star Green Star Design rating and is targeting a 5.5 Star NABERS energy rating.

The Sydney tower was developed and constructed by Lendlease, in a joint venture with China’s Ping An Real Estate and Japan’s Mitsubishi Estate Asia.