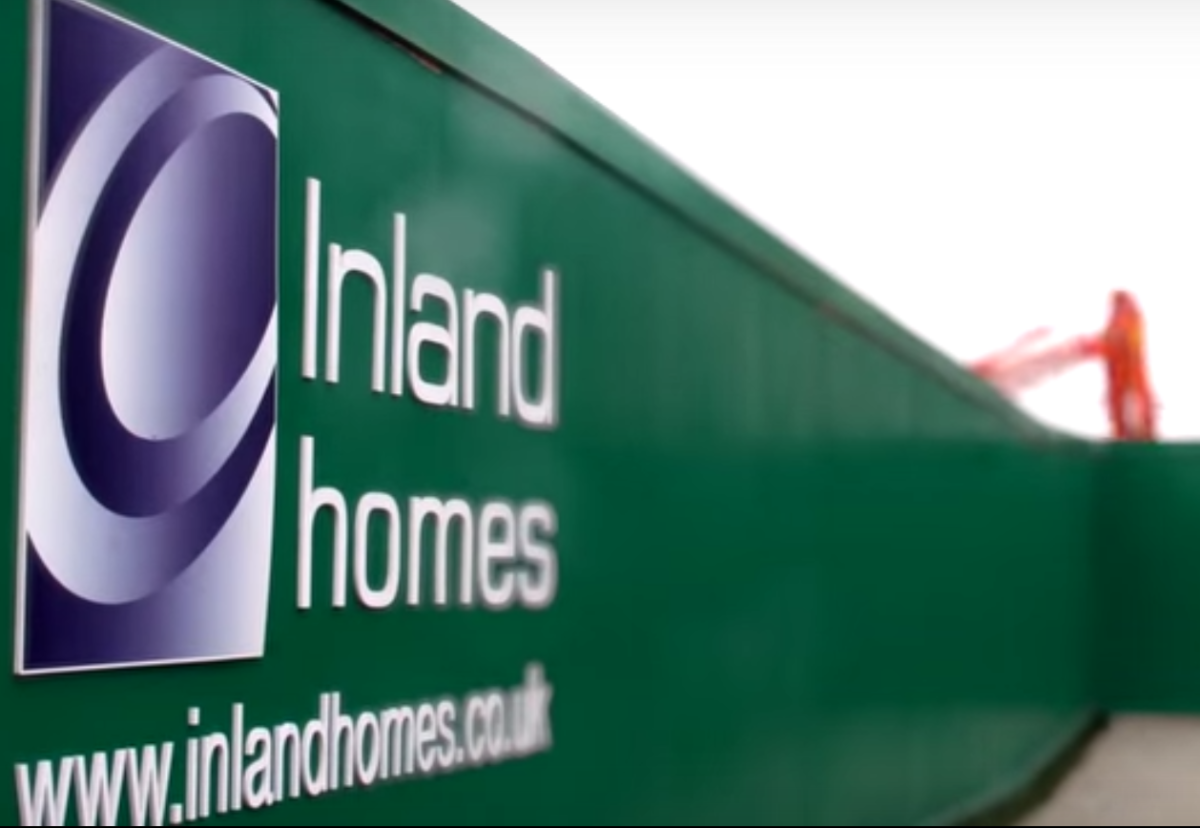 The house builder is now conducting a strategic review of the business led by financial advisors Lazard & Co following a gloomy trading update this morning.

It said project margins at the contract income division which delivers partnership housing and the house building division have “not been satisfactory for some time.”

A review of all ongoing construction projects has revealed the need for an extra £15.4m of provisions on top of £4m already identified of extra costs to completion.

Inland said: “Further provisions of £15.4m will be made in the second half of the year due to build cost inflation which is persisting at levels beyond that previously forecast in our cost estimates and design changes, making a total in aggregate of £19.4m for the financial year.

“It is also recognised that in common with the house building industry, there remain inflationary pressures and supply chain issues in the broader marketplace.

“The group has also reviewed various receivables and expects to make provisions of £4.7m for expected future credit losses based on current economic circumstances.

“As a result of delays to legal completions of planned land sales, the provisions in contract income partnership housing contracts and further expected credit loss provisions noted above, the group is expected to make an operating loss of approximately £29.3m for the year ending 30 September 2022 and a loss before taxation of approximately £37.1m. ”

Inland said it is hoping to complete a land sale before the financial year end which could generate £25m profit and reduce losses accordingly.

Senior management changes to the construction division have been made including the departure of group managing director Gary Skinner in April.

Inland also announced that group CEO and founder Stephen Wicks will retire at the end of September with group CFO Nish Malde taking over in the interim.