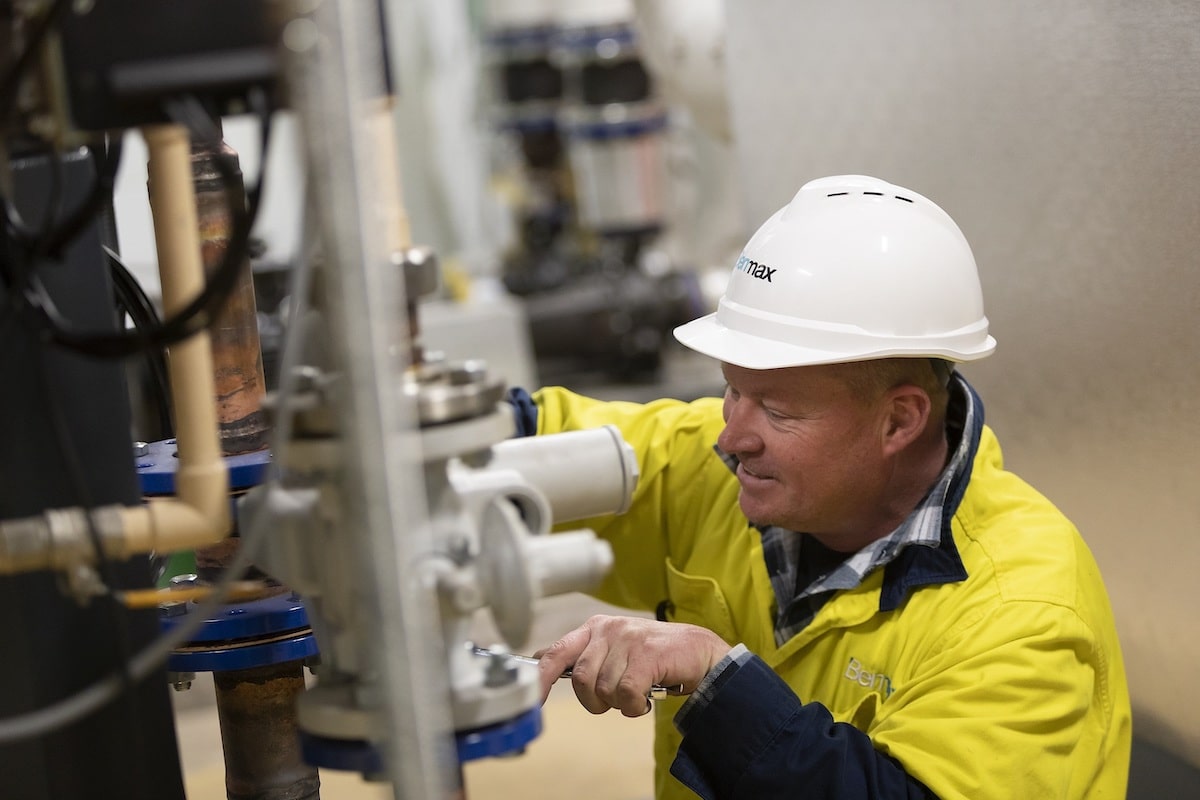 Benmax, an Autodesk customer, is now using BIM data to remove unnecessary duplication from the business, improving efficiencies, and making life simpler for clients and employees.

Unnecessary duplication can be costly for businesses. Benmax, an Australian and New Zealand company that designs, builds and maintains specialised mechanical systems for commercial and industrial facilities, recognises the need for ongoing better systems and processes, and has built innovation into its culture.

For some businesses, innovation is a one-off event. For Benmax, it’s a part of the firm’s culture; a constant, company-wide drive to make the lives of everyone, from clients to employees, far simpler.

An ongoing search for greater efficiency

Relationships have long been key to Benmax’s success. In the last ten years, the company – a specialist mechanical services contractor based in Queanbeyan, NSW – has opened offices in Sydney and Newcastle, Christchurch and Wellington. Each office opened organically as the result of an invitation by clients to enter the market.

Scott Polsen, Managing Director of Benmax, said that this illustrated the importance of trust and relationships to their way of doing business.

For Benmax, each move into a new market has represented an opportunity to embrace innovation and embed digital processes as part of its operation. When the Christchurch office opened in 2013, the company invested in cloud-based solutions. The goal was to work on any project from any location – an approach that is still fundamental to how Benmax works today – to unlock the value of its BIM data.

The company’s early moves toward connected data and increased collaboration placed them at the forefront of digital construction. They were keen to implement changes to drive greater efficiency but were frustrated by their lack of access to data.

A key area they wanted to focus on was duplication of effort. Engineers with access to CAD software and BIM data were working relatively efficiently, but those without access were continually recreating data. After conducting a desktop review on one project, Mr Polsen observed that the company had recreated the same data eight times.

In doing so, the company wasted a significant amount of time and risked making costly mistakes. Rather than using their expertise to add value to projects, highly skilled engineers were tied up – sometimes for days – performing endless calculations. The solution was clear, but Benmax didn’t have the tools to tackle the problem. Mr Ashby said that BIM data had been around for years, but until the last few years, it had been difficult to get your hands on it, extract it, and use it.

In 2015, the company decided to build a system. Mr Polsen said it was a huge undertaking, and that Benmax went a long way toward understanding what would be required in a solution. He said that the further you got into a central data source, the more you understood how important the accuracy and efficiency of that data was if it were to be used throughout the business.

After a while, Benmax knew that the system they needed was out there, so they looked to the market rather than go it alone. Having spent time documenting the requirements for a solution, the company was clear about its goal: avoid duplicating data wherever possible.

A timely call from Autodesk led to more detailed discussions. What impressed the team at Benmax was the way Autodesk approached the situation. Rather than try and sell an out-of-the-box package, Autodesk spent time understanding Benmax’s problems to apply the right solutions.

It quickly became apparent that Assemble within Autodesk Construction Cloud was a perfect match for what Benmax wanted to achieve. Mr Ashby said that Revit was industry standard and pretty much mandated. The benefit of implementing BIM 360 and Autodesk Construction Cloud was that they had native access to the Revit model. All the other solutions, in one way or another, needed information to be exported. It was another step, another thing that could go wrong. Mr Ashby said that being all-in with Autodesk allowed them to unlock the benefits.

Benmax plans to continue to make sure BIM data is accurate and accessible to everyone, from design and concept teams to maintenance and analytics. They are keen to unlock the full potential of construction, and moving forward, the end goal for them is to be able to produce digital twins, which benefits owners considerably and is something government buildings in some areas are already insisting on.

Benmax has always had an enormous amount of data. What it now has is a tool to extract it and drive processes efficiency. In short, Assemble has allowed the business to create a roadmap to being fully connected. Eventually, the aim will be to use this information to help clients achieve similar efficiency with their maintenance schedules.

Autodesk makes software for people who make things. Autodesk Construction Cloud (ACC) software is involved in the construction of some of the world’s biggest construction and infrastructure projects, with over two million construction jobs around the world building with ACC.