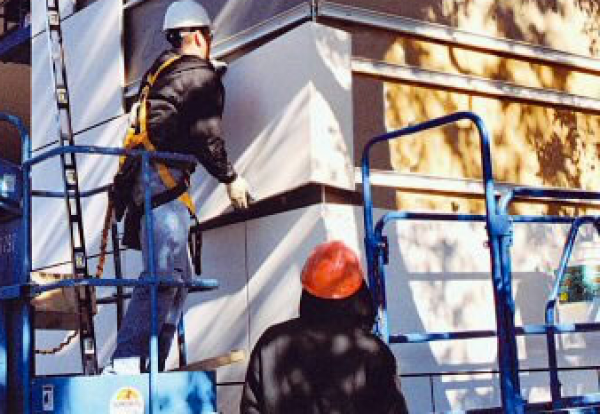 The plea comes as 35 house builders have agreed to stump up an estimated £2.2bn to fund improvements to their own buildings above 11m in height.

House builders argue they are also being called upon to fund works on thousands more homes across the country through both the residential property developer tax on profits and the Government’s planned building safety levy on all new homes.

The Government expects to raise £3bn from this tax introduced in April and a further £3bn from the new levy which will be used to remediate thousands of ‘orphan’ residential buildings deemed to be unsafe.

It said major house builders are being made to pay twice, when in fact they built less than 10% of the estimated 8,000 buildings that the Government estimates need remediation.

The HBF said the bulk of the remaining 7,200 ‘orphan’ buildings, needing remediation works, were built by foreign companies or contractors.  Older buildings it said were built largely by local authorities that later had cladding attached for aesthetic or thermal efficiency reasons.

A spokesman for the HBF said: “Government must act to make other responsible parties pay their share and not take the easy option of targeting UK builders again for a problem they did not create.

“Saying ‘it’s too hard’ to get contributions from other parties is unacceptable and is an affront to UK businesses who employ hundreds of thousands and pay billions in UK taxes.”

He added: “We also believe that other parties, including cladding companies, foreign builders and their UK based contractors, building owners etc need to be part of the discussion.

“As Government begins to outline plans for a second new tax on UK house builders in addition to a self-remediation pledge for buildings above 11m it would be fair to consider pursuing other sectors, especially in light of evidence received by the Grenfell Tower Inquiry.

“If ministers are genuinely interested in the ‘polluter pays’ principle then that seems fair.”