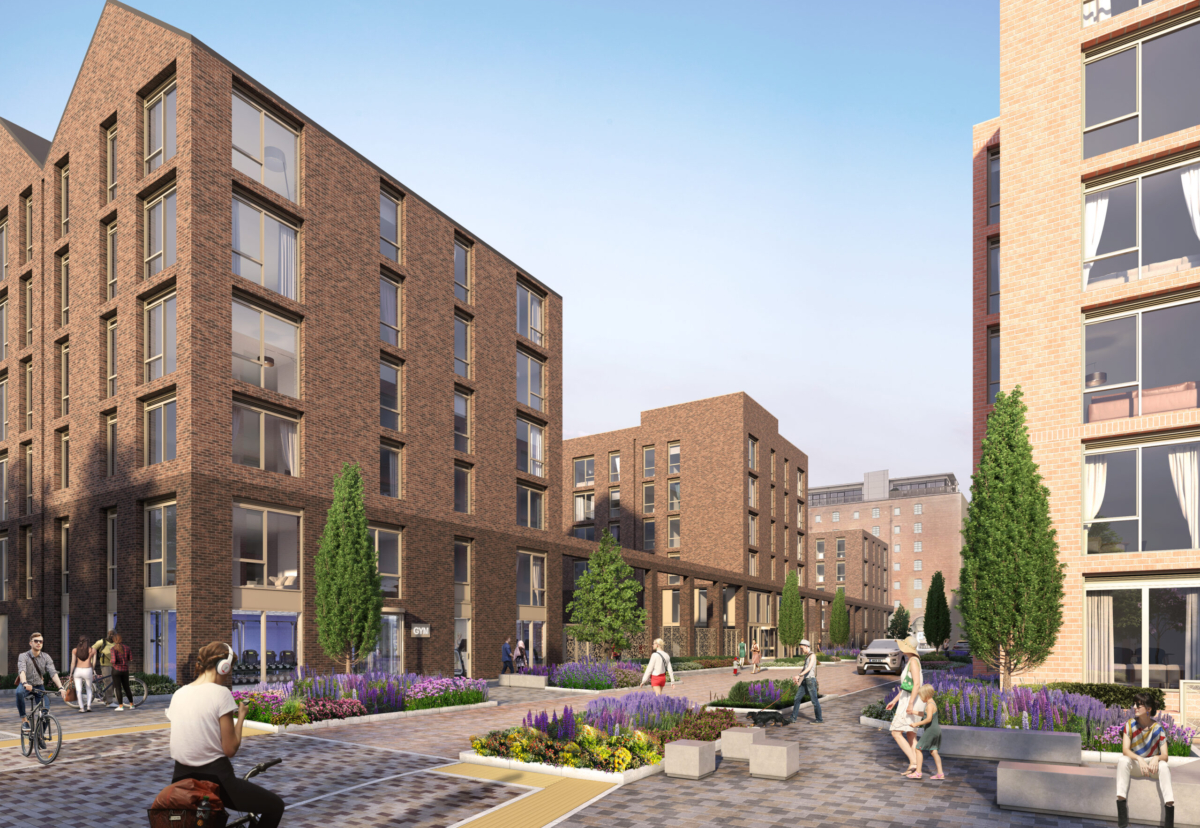 The contract was signed off as part of a deal by Swedish real estate investor Heimstaden Bostad to fund and acquire the scheme developed by PLATFORM_.

A quarter of the predominantly two- and three- bedroom homes will be offered as intermediate housing at discounts of around 40% to open market rents.

The scheme will have a 325,000 sq ft of lettable space and a broad range of amenities for all residents, including a gym, a large co-working area and rooftop terraces with views over the Water of Leith and the neighbouring Pilrig Park

PLATFORM_ assembled the site in 2019 and 2020 from three separate ownerships and subsequently obtained planning permission for the residential apartments.

Under the £124m deal, PLATFORM_ will act as developer on the project as well as being retained as Asset Manager following completion of the development.

Jean-Marc Vandevivere, CEO of PLATFORM_ said: “We’re delighted to be partnering with Heimstaden and contributing our deep experience of Build to Rent to support their continued UK expansion.

“We’re looking forward to opening our Edinburgh scheme in 2024 to provide much needed housing in one of the most attractive cities in the UK.”

Heimstaden Bostad’s existing footprint in the UK consists of a 750-home development in Birmingham also being delivered under a forward purchase agreement and around 60 more homes in the Greater London area.