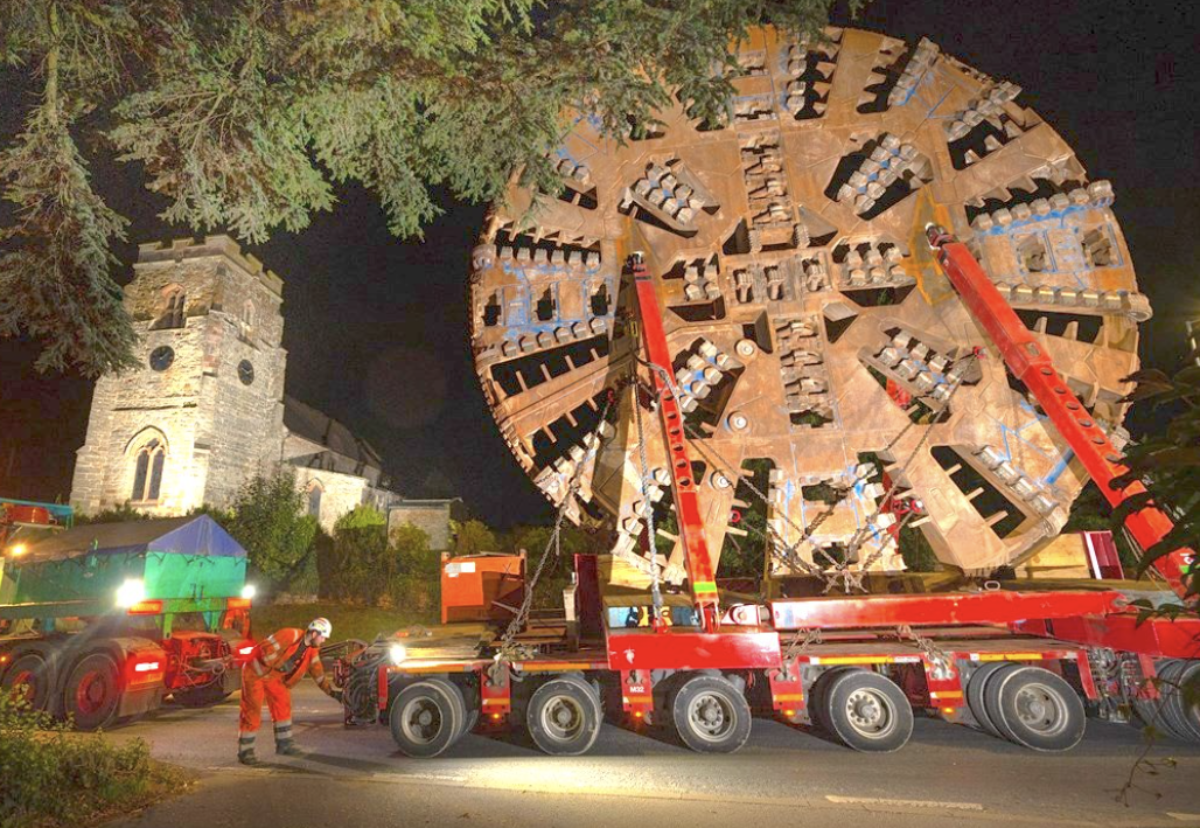 Dorothy completed the first tunnel drive on the Long Itchington Wood Tunnel in July, breaking through at the south portal site.

Now the TBM cutterhead has been dismantled and transported 2.5km on a 48-wheel Self Propelled Trailer to the tunnel’s north portal site for its second drive.

The TBM’s 120t tail skin was also moved in the same operation that took 3 hours.

Eight other large pieces from the TBM’s front shield and middle shield, have already been transported by specialist equipment, which was used specifically to avoid any temporary alterations to the road layout through Ufton.

The rest of the 120m long TBM will be pulled back through the one-mile tunnel by a special ‘caterpillar’ system, at a pace of 150m per day. 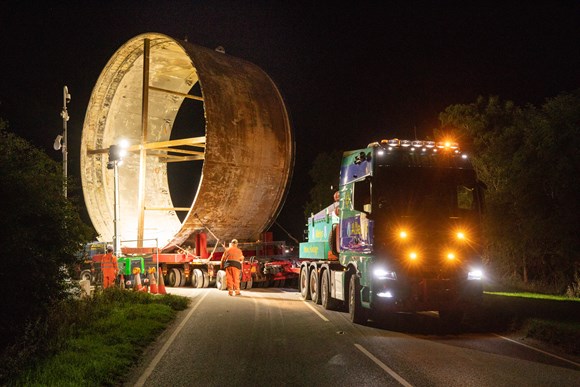 Once all the parts are back at the north portal, the TBM will be reassembled before starting the second bore later this year.

Alan Payne, HS2’s senior project manager said: “We’re now looking forward to the reassembly of the TBM over the coming weeks, and the start of the second bore of the tunnel later this year.

“When we celebrate the breakthrough next summer, this will be the first fully completed twin bore tunnel on the HS2 project.”

A look at the new building control…