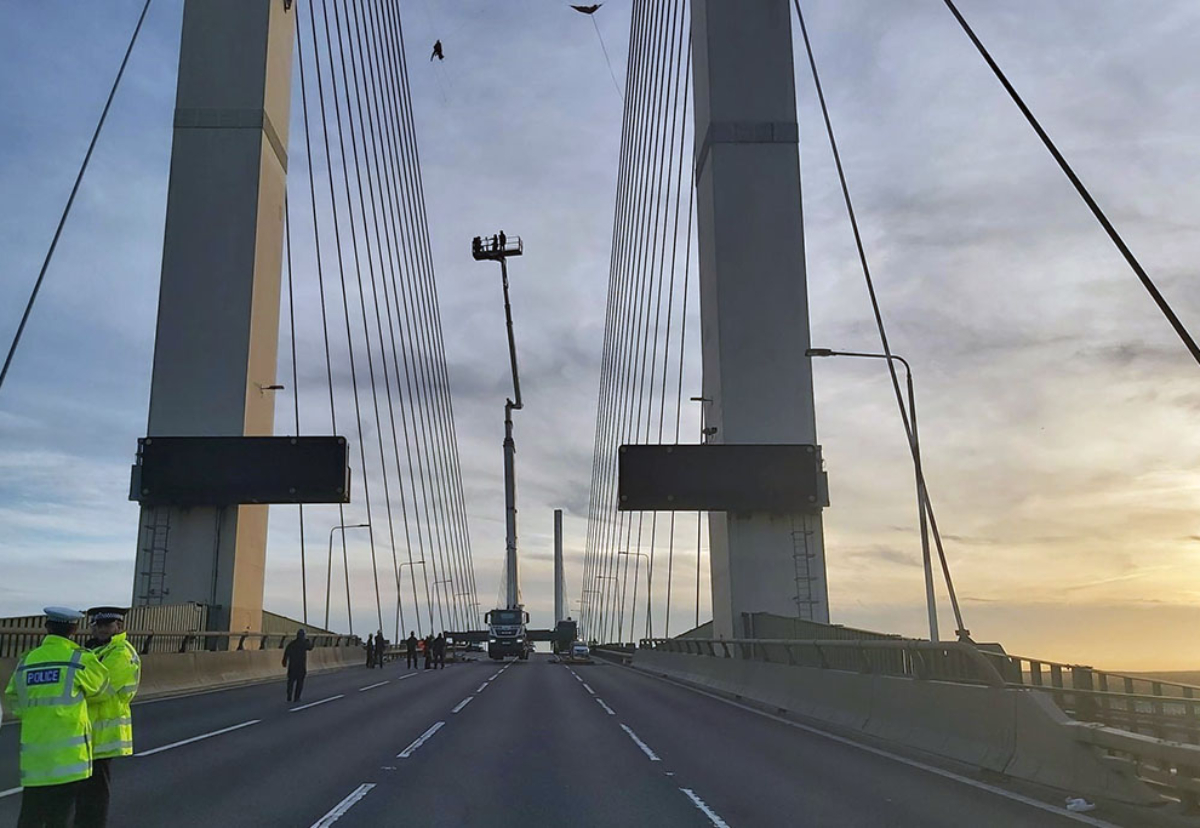 One of the protestors was civil engineer Marcus Trowland who is a bridge design engineer.

Trowland and his fellow protester “Marcus” were arrested once they were brought down by Essex Police.

The force said: “This afternoon, we brought in an elevated platform which allowed specialist officers to work from height.

“That operation was a success and two men have now been arrested on suspicion of conspiracy to commit public nuisance.

“Our specialist team will be leading the investigation and will be collating evidence for a Crown Prosecution Service decision. Our firm intention is to seek a positive outcome that prevents further dangerous disruption.”

Chief Superintendent Simon Anslow, who led the operation, said: “We cannot tolerate people carrying out activity which puts lives at risk and prevents people from going about their lives.

“I know this has been really frustrating for the public and the disruption has negatively impacted on businesses and meant people have been late for, or missed, appointments.

“Alongside our partners, we worked hard to resolve this complex situation as quickly and safely as possible.

“Now the situation has been resolved, National Highways will make the decision about when and how the bridge can re-open.

“I want to again reiterate; we are not in any way anti-protest, and we will always seek to facilitate safe protest where we can.

“However, it is unacceptable for people to think they can put lives in danger with irresponsible actions. In this case, it is clear that we had to act, but that action had to be safe and responsible, and I want to again thank the public for their patience and understanding.”