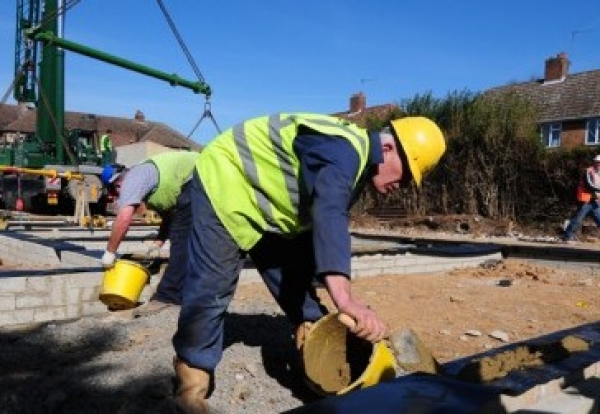 Evidence of the sudden surge in foundation work activity is being seen by construction materials suppliers. They are reporting increased sales above seasonally expectations.

The new Building Regulations covering energy performance of new buildings came into force this June. But house builders have been given a grace period where stricter part L requirements will not apply to homes started before June 2023.

This has fuelled the race to construct foundation slabs for new homes, which allows plots to be registered as starts.

One source told the Enquirer: “House builders are quite blatantly focusing on foundations before next summer’s deadline for builds to reduce carbon emissions by 31%.

“On one site I was on a Bellway site manager pointed to a row of concrete slabs saying we are getting out ducks in a row ahead of the new Building Regulations.”

In the latest construction product availability report by the Construction Leadership Council, aircrete block manufacturers are said to be reporting strong sales of foundation blocks.

“Historically this leads to increased sales of above ground blocks 4-6 weeks later.

“This year there is less correlation, and the increased below ground activity is likely due to builders seeking to get new starts registered before changes in Part L regulations next June,” said John Newcomb, CEO of the Builders Merchants Federation.

The surge in foundation work comes at a time when construction activity is showing the first signs of softening in house and commercial building.

Availability of bricks has significantly improved. And softening demand has led overall product price inflation to moderate slightly, dropping from 25% to around 17%.

Timber prices have fallen amid extensive restocking of standard softwood sizes.  There are, however, gaps in speciality markets such as birch plywood, which is affected by sanctions against goods from Russia.

The report warns that firms sourcing birch plywood should request full due diligence documentation to ensure it is legally sourced from Finland and Latvia.

“We are aware of cheap birch plywood coming from China and Vietnam, where there are no birch forests, and is likely sourced from Russia.  Russian birch logs processed elsewhere cannot be legally sold in the UK.”