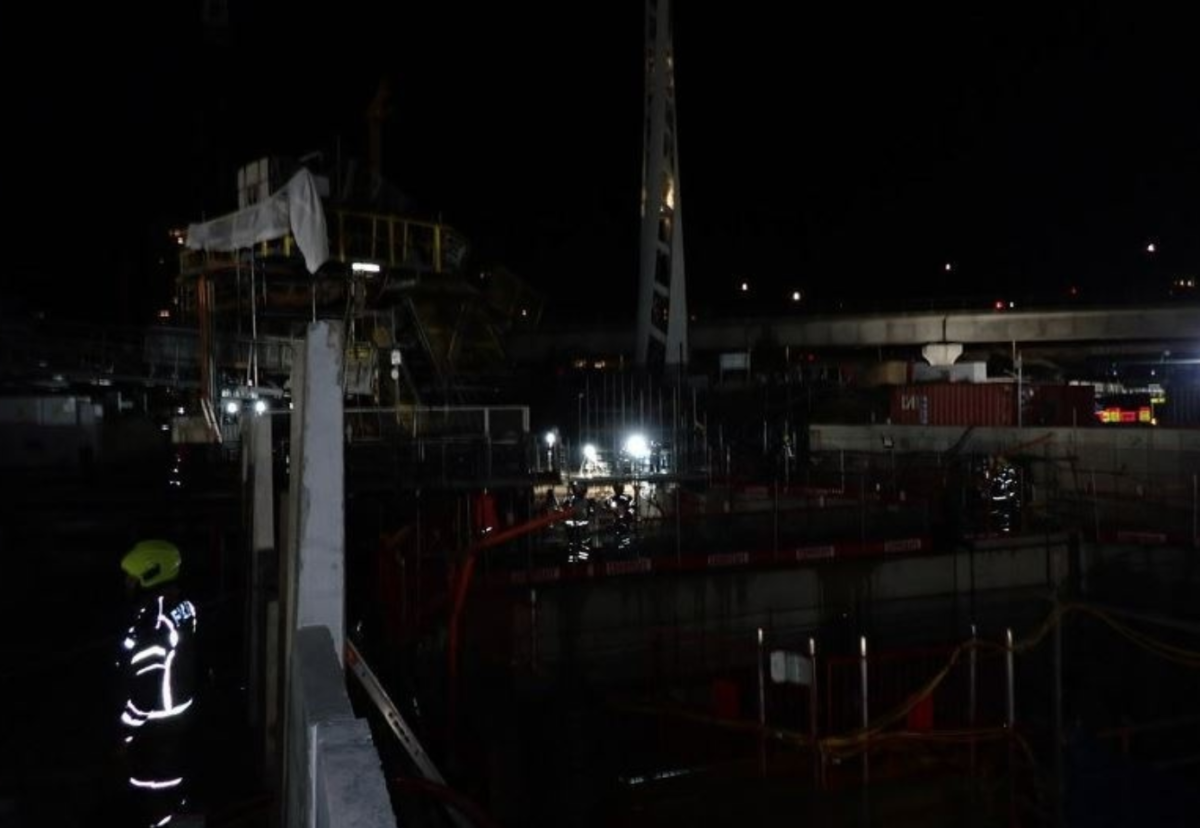 Six fire engines and 40 firefighters were called to the site  on North Woolwich Road in Silvertown.

Around 25 workers left the site before the London Fire Brigade arrived. There were no reports of any injuries.

Station Commander Daniel Capon, who was at the scene, said: “Access to the fire was challenging, with firefighters working to reach a sub-surface conveyor belt.

“Crews worked incredibly hard to bring the fire under control.”

The cause of the fire is under investigation by main contractor the Riverlinx consortium.